Vanya and Nastya Konovalov. A year without parents

Anna Konovalova, whose daughter Antonina Konovalova and son-in-law Sergey Yaroshevich were sentenced to five and a half years in prison, has not lived in Belarus since last September. Together with her two young grandchildren (at that time, 6 and 4 years old), she was forced to flee the country. At first, Anna, Vanya, and Nastya were in Ukraine. Then they moved to Poland. How their life is developing now, read in our interview.

- September 6 marks a year since Antonina Konovalova was detained. Do you remember this date?

- There is no time. September 1 began. How can I remember something?

- How did your grandchildren adapt to life in Poland - school, kindergarten?

- Vanya is difficult to move. On September 1, Nastya and I literally dragged him to school, persuaded him. But to be honest, I would also drag myself to school. I don’t know what kind of tractor, bulldozer. I thought that I would never return to this. But, as they say, we assume, but God disposes of. I was happy when my daughter finished 11th grade. And here, can you imagine, is not only the first grade but also the Polish school. I just wanted to sob that I was taking the child to school. And I know that Tonya is also crying because she is not taking the child to school.

Well, nothing, let's go. The first day was just wonderful. The teacher gave all the children gifts for September 1, diaries. There were no obligations - no flowers, nothing. Everything is pretty decent. 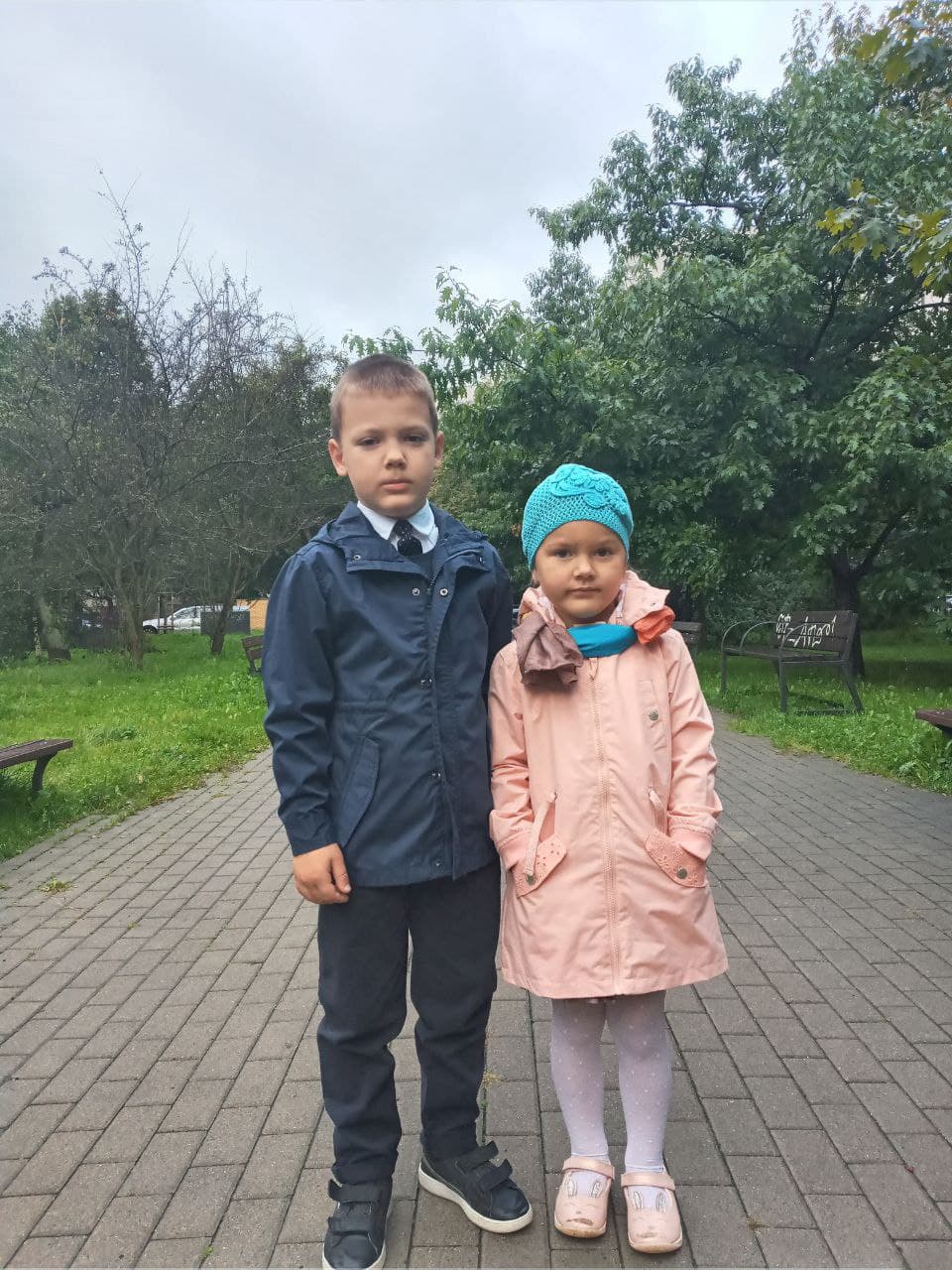 - How are you with the Polish language? You have to communicate with teachers, solve some everyday issues.

- Deciding on the fingers. But I am like a "dumb" person. The girls enrolled me in Polish courses in February, but I couldn't finish them. Because the time was 18.00, and at this time the children are at home. When I sit down in Polish, it is simply impossible to concentrate. And then another lockdown. That is, I did not manage to complete these courses.

But the children are doing well in this regard. They calmly switch to Polish. In the garden, they speak only Polish. Nastya has no problems at all. But it was not easy for Vanya in the garden for some time. I was waiting for my grandmother to pick him up.

- Couldn't adapt because of the language barrier?

- Yes. And then he began to understand and speak a little. Everything was fine. I hope he can do it in school. The teacher is excellent. There was a parent meeting. I gave a questionnaire and did not write my parents. The question arose why. I explained that the parents were in prison. It was not clear to her. And then (when the teacher understood), there was a completely different attitude. 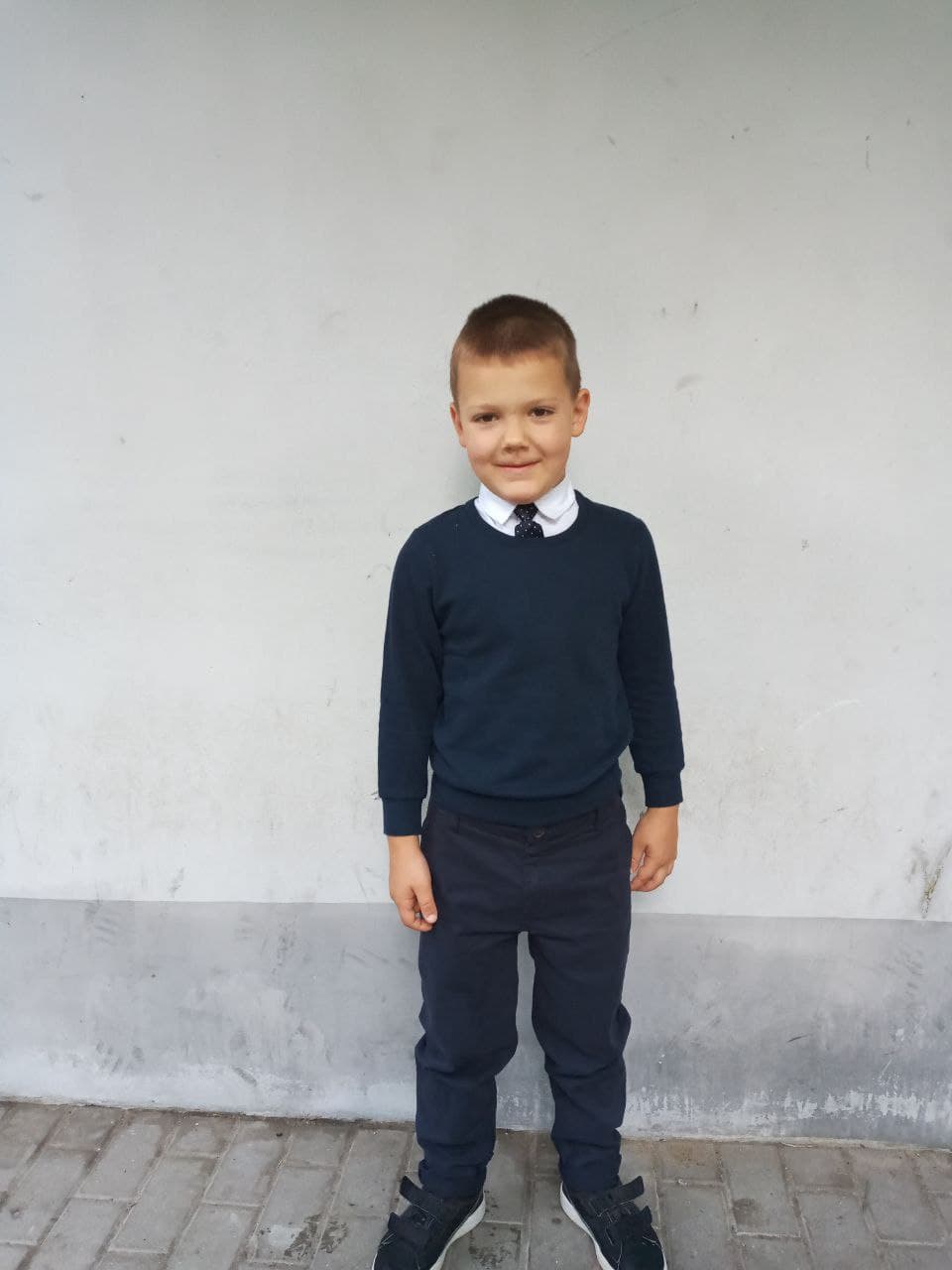 - Do children remember their parents now?

- Of course. Parents are with us all the time. "What would mom say? What would dad say?" "Children, draw a picture for mom and dad."

Children at school ask Vanya questions: "Is your mother a bandit?" He replies: "No. My mom is not a thug. She is a hero. She defended the country. You also had your own cockroach, but you defeated him."

- How is your usual day going now?

- Are you tired of this whole situation and everyday life in general?

- I was not thinking about it. But, because I understand that no one else will do it now, I know that this is the way to do it, so I do it. 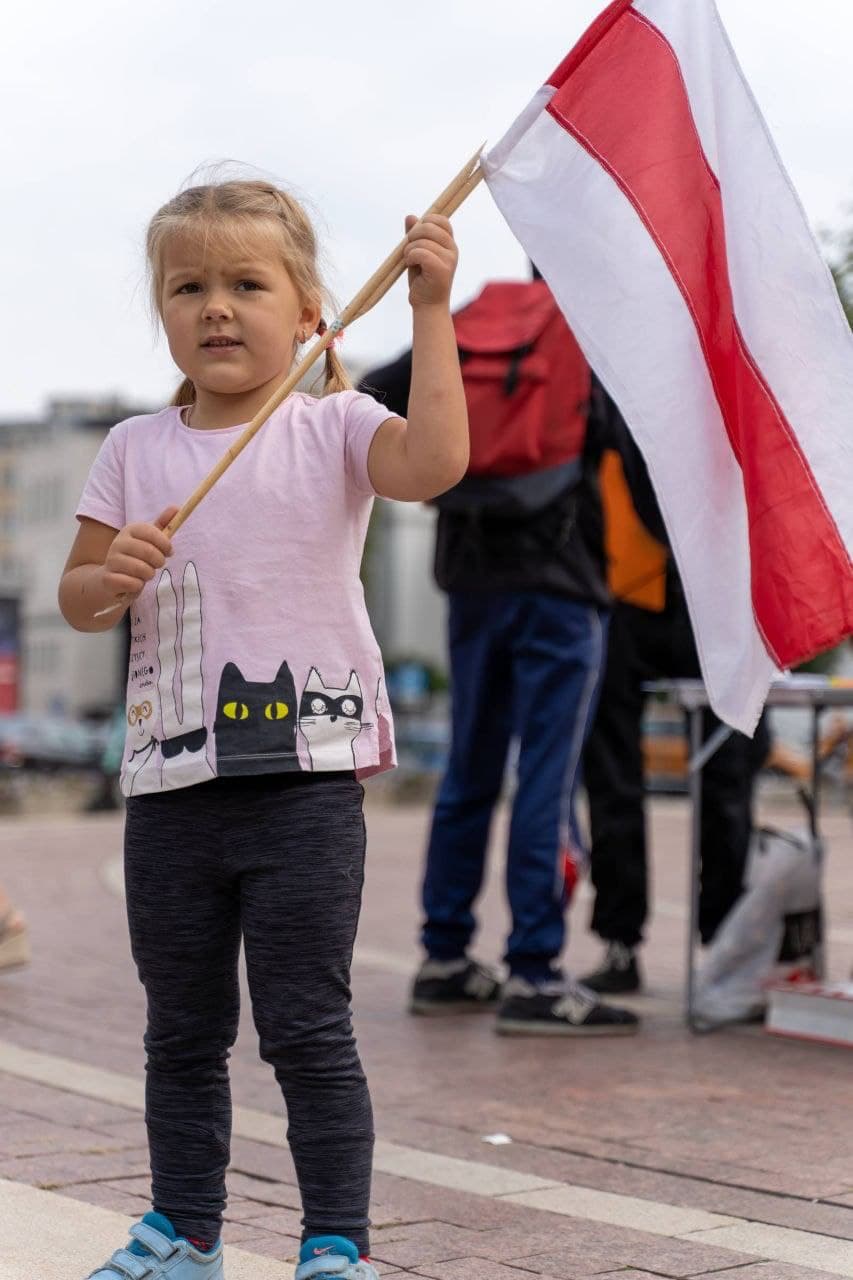 - Have you seen your husband since the moment of departure?

- No. For a year already. On September 10-11, we left for Ukraine and have not seen him since.

- How is the husband going through this situation - he was in court when the verdict was announced to Antonina?

- Yes. He does not miss anything, writes complaints. There is such a situation that he cannot leave either a son-in-law or a daughter.

- Is there a connection with your son-in-law - Sergey Yaroshevich? What are his conditions of detention?

- He ended up in Volkovysk. After the trial, he was in Baranovichi. He was transferred literally a week later. They did not expect any appeal for anything. He was in Baranovichi in complete isolation. No newspapers, no TV. Letters from him are very short. He asks to tell the kids that he loves them very much.

- Do you have any connection with Antonina?

- No. During the year in the pre-trial detention center, she did not receive a single letter from me. I wrote from Ukraine. I wrote from Poland. I have probably tried all the methods.

- And her letters reach you?

- She does not write to me - she writes to dad. Specifically, she wrote to me, probably, two letters. In October, she congratulated me on Mother's Day and, probably, on March 8th. She didn’t want to reveal my address once again because of the children.

- And the letters from her to your husband?

- Somewhere one of five letters only.

- Antonina Konovalova, like many other women-political prisoners (Natalya Hershe, Sofya Malashevich, Olga Klaskovskaya, Polina Sharendo-Panasyuk), is in jail-4 in Gomel. Anything is known about the conditions of detention?

- I know nothing. She is still (the interview was taken on September 7) in quarantine.

I had my birthday in May - the attorney requested five and a half years for Tonya. Such a blow was below the belt. Now Vanya's birthday was - and she was transported to a colony in Gomel.

I can tell you about the stage. It was cumbersome. On July 26, they took her to the exit with her things. They were loaded into a police van to be taken to the railroad. All the things that they had collected for the colony were told to leave. And there, we passed on and even collected the whole world (I am very grateful to the people who helped with the collection). As if things will follow them. They all left.

Then they were herded into a carriage - there are cells like that. 15 people were stuffed there. My Tonya with covid. In jail, when she was taken away, she had a covid. Marfa Rabkova was lying - she was allowed not to get up. Can you imagine what state the person had? It is drug-free, medical-free. That is, they survived and helped each other.

And so they were pushed into this carriage. They weren't taken to the toilet for 24 hours and arrived in Gomel on 29th. Three days later. Without food. Without sleep. And the weather was hot. This is a carriage in which nothing opens. No air access. The girls were choking. And Tonya with a covid. And now Belarus is given almost a billion euros. To fight covid!

And then things are not clear where. She arrived at the colony without her belongings. There, her hoodie was taken away because she had pockets with zippers. She was given a pink dress and a skirt with a jacket and black men's socks. That's all.

- Are funds helping you now?

- Yes, thanks a lot to "A Country to Live in" foundation. They transfer money for Tonya to the account because if they transferred it to me, it would be tempting to spend this money on grandchildren, to go somewhere with them. And so, when Tonya comes out, this money will help her restore her health. Representatives of the diaspora pay for the apartment and the kindergarten. Belarusians help. 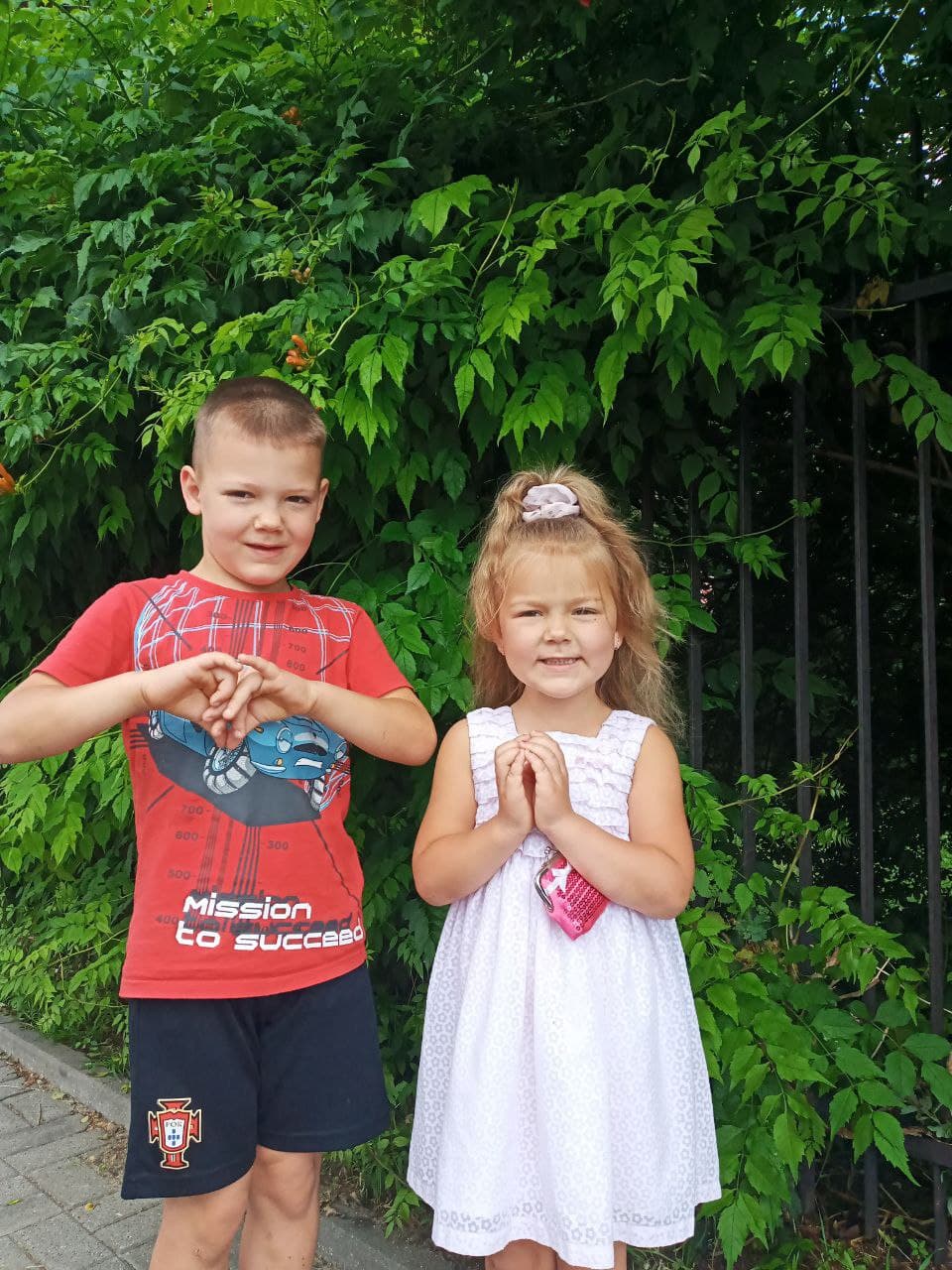 - I saw some of Antonina's letters in the media and was amazed at her optimism and willpower. She consoled and supported free people, not even in Belarus, but safe abroad. Where did she get it?

- She was originally like that. My husband probably had three dates with her. And when he tells her about the children, she cries. I say to my husband: “So what do you want? Who else will she cry? " And back to the cell - flint. I don’t know where she gets her strength. She supports us too. For me, she is a little girl who needs to be protected, helped. I'm also worried about how it will come out.

Tonya served a year. Ask anyone who has been there what a year in isolation is when you don't know what is going on on the other side of the barbed wire. Go through Okrestino.


Tonya loses her eyesight very badly, loses her health. Psychologically hard too. Olya Pavlova said that this (detention conditions) is so dirty, so I don’t want to go back to it ... And we have to live in this.

She has very poor eyesight. And it falls. She wrote that now in Gomel, she sees land, grass, people who walk behind the fence. Hears children. And she smiles because she sees it for the first time in a year.

Or we will wait 40 years like Moses, who led people in the desert. Until all those who were born in slavery died.

Please support the families of political prisoners. Solidarity is the main strength of Belarusians!
SHARE: 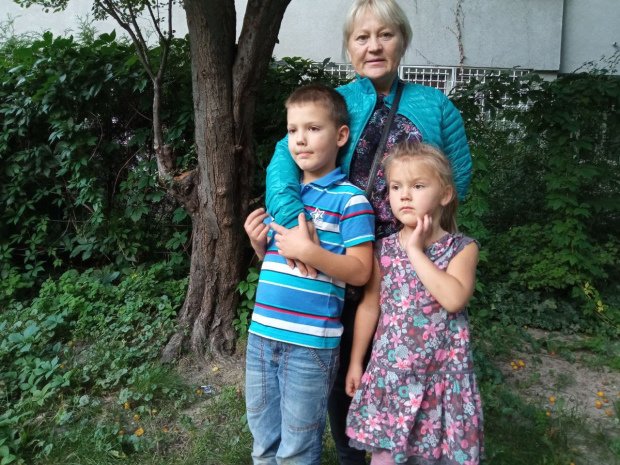