Volunteer Yulia Syrykh: "Everything will be fine, no matter how."

On July 9, it became known about the detention of volunteers of "A Country to Live in" foundation. These people ended up behind bars not for crimes but for the desire and opportunity to help political prisoners.

Today we will tell you about Yulia Syrykh, who is sure that “everything will be fine, no matter how.”

Maria Moroz, head of "A Country to Live in" foundation.

"I met Yulia on Komarovka in the first days of collecting signatures. She worked as a taxi driver. I was always on the rise, always ready to help. Very emotional and very sociable, kind. Collected and delivered signatures.

Like all of us, we wanted changes in the country. She perfectly understood that only those who are at the "trough" live well.

In difficult times she was always ready to listen. She seems to have a psychological education. I could always call her, talk, consult. She very adequately assessed the situation and gave friendly advice on what to do.

"Julia is a straightforward, wonderful woman, an independent, organized person. She achieved everything in life herself. She is a widow and raised her son alone. Julia is very positive and versatile. She does what she loves. It is simply impossible to force her to do something against her will.

She loves her car very much. It is always in perfect order. She also loves knitting and playing sports.

Julia's motto: if you want to do something, do it yourself.

Julia worked as a taxi driver in Minsk. When Yandex arrived, the cost of trips dropped dramatically. The tariffs became so low that it was simply not profitable to work. She wrote letters, appeals, but there was no sense.

Julia came to the election campaign thanks to Sergey Tikhanovsky, who united different people and showed that the roots of all troubles and problems lie in monopoly. Julia followed him, the development of his YouTube channel. He spoke, among other things, about Yandex taxi, about taxes.

So she became a member of the initiative group - she took an active part in the election campaign, was a confidant, traveled, organized pickets.

I am happy that we met her. We have a wonderful team. We were like D'Artagnan and three Musketeers - one for all and all for one. I, Julia, and Tonya Konovalova are musketeers, and D'Artagnan is Vitaly.

It is unfortunate now. We really wanted these changes, did everything that depended on us. But, unfortunately, we lost health and nerves. Yulia's eyesight became very weak, for example. Nevertheless, we wanted to change people's lives for the better. So we wanted to give everyone a new good Belarus - a country to live in.

Pavel Zhurik, an employee of "A Country to Live in" foundation.

"Julia is a very wonderful person. She always speaks the truth without a stone in her bosom. This is what captivates her.

An absolutely positive person, always with a smile, despite the circumstances. Loves life in all its sides.

She has one motto: everything will be fine, no matter what."

Marina Garbuz, an employee of "A Country to Live in" foundation. "I cannot forgive myself for leaving, but she stayed."

"Julia is a person who will never leave you in trouble. She will risk everything, but she will help you one hundred percent. That is why she remained in Belarus until the end. We joked that Yulka would definitely be the last one to leave and asked her to turn off the light behind her ... After all, if she left, it would really be the last bright person in the concentration camp that lukashenka’s regime built.

But Yulia did not leave. She believed that we were in the majority and that only if everyone would do and risk everything for themselves, their children, the future, when people stop thinking about themselves and finally remember about political prisoners who are starving, go through a press, but do not give up - then everything will change.

And when Yulia was arrested because she wore parcels to political prisoners, because she was just a kind person - I shouted out loud, it was impossible to believe. A person who feels someone else's pain and help is sent to jail. Julia is a widow, she is raising a son, it is difficult for the boy now, but he is smart, all like a mother.

I often replay our last meeting with her - she accompanied me and my children to Lithuania, laughed, tried to cheer up, and promised that we would meet very soon. I cannot forgive myself for leaving, but she stayed. After all, she and I have children, but she still stayed.

Let's be together and remember that we are human beings, that helping is the norm, that killing is bad, and imprisoning for a different opinion is illegal. Our guys were sent to jail, and now hundreds of people, political prisoners, are suffering. Their families are suffering.

If you are afraid to write a letter or take the parcel, donate at least 5 rubles for support. You are afraid to go to our Fund - take it personally, do just something. Everyone.

Please support our volunteers with letters. This is especially important for political prisoners. 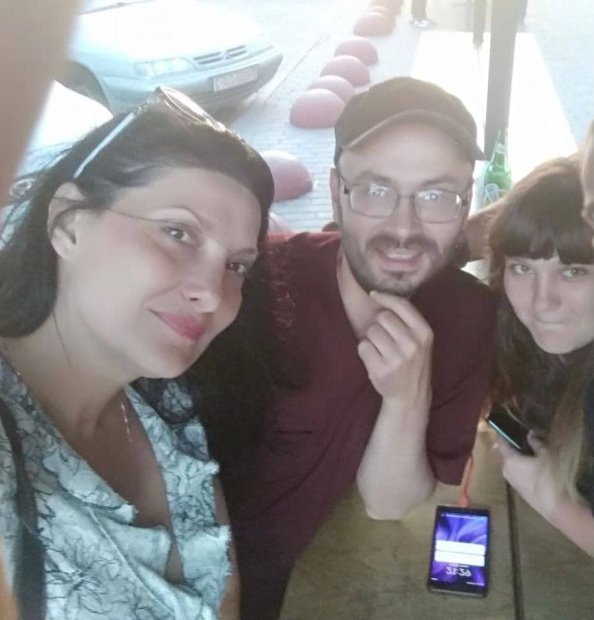