Alisa Ryzhychenko on how to build a country to live in

This week we started publishing a series of articles to compare different aspects of life in Belarus and neighboring countries. They are prepared by Alisa Ryzhychenko, an employee of "A Country to Live in" foundation, an expert in public administration and international development, Master of Economics. Today we will tell you more about the author.

Alisa Ryzhychenko was born in Belarus in Polotsk in 1988. Graduated from BSEU. Several years ago, she moved to Austria with her husband and child.

Tell us more about yourself.

I have been working in real estate for over eight years. I started from the bottom as an agent, then became the head of the commercial real estate department in one of the largest agencies. Then I worked for myself (provided professional property management services). I was engaged in project development, marketing research, support during construction (coordination with government agencies, assistance in choosing a design, materials), searching for investors, bringing the object to commissioning, and subsequent operation. During this time, I have become a good real estate expert. Wrote a dissertation on this topic.

How did you end up in Austria?

I arrived in Austria in 2018 and entered the magistracy at the Faculty of Political Science. I study international development and Europeanization. The studies are coming to an end - all that remains is to defend the thesis.

Austria is an excellent example of building social policy and a functioning public administration system. Yes, taxes are high here. Yes, the prices are great here. At the same time, there are high salaries and good social support. There is no such thing that some problem abandons a person without money, and he does not know how he should buy food for his child.

Why did you decide to leave Belarus?

My husband and I planned to move even after 2017 when there were protests against the law on parasites.

Communication with business people with authorities created a clear understanding that our country's state management system does not function. This is just a play where there is a director and screenwriter in one person (Lukashenko), who tells the others what and how to do. And specialists who have some knowledge cannot even open their mouths.

I came across the state system at the age of 14 when my father died, and we were left with my mother alone. I am from an ordinary, simple family. My whole life is a constant struggle for survival, and the state has never participated in this survival.

The state never supported me at these stages. However, I didn’t expect support - if only it didn’t get in the way. At one point, I realized that there would be no changes in the foreseeable future. Then my husband and I decided to leave, at least for a while. See how people live in another country. And studying is a great reason. We set aside funds for our own housing; we took this money. We sold everything we had, took the child, and left.

Do you plan to return to Belarus?

I want to come back. There have been many moments in my career when I tried to get a job in government agencies when I was a naive girl and thought that I could change something in the system that exists in Belarus, and I have no plans to stay in Austria. If the political regime in the country changes, I will return.

In Belarus, I had a good income, stability. I could afford a lot in Belarus. But at the same time, I always understood that my rights could be shoved into one place. And this will not change with this model. I don't want my child to grow up in this.

How did you end up on the team of "A Country to Live in" Foundation?

I did what I had to. Last year, events began to take place in Belarus - coronavirus, then the election campaign. Then people were outraged by Lukashenko's behavior. I assumed that something could change in the minds of people.

When it became clear that organizations are ready to hear the people, their ideas, then I began to write to everyone: to various funds, to the anti-crisis management. I offered my help as a volunteer, conduct research, participate in the development of reforms. I wrote what knowledge I have, how I can help, and in what areas.

"A Country to Live in" foundation responded and contacted me. It allowed me to be heard and tell people the information that I own. Now every sane person should understand that everything depends on his own initiative. If we do not help ourselves, no one will help us. I do what I can, what I can in the given conditions and at this time.

I was always proud that I was from Belarus. I was never ashamed of it. The only thing is that the attitude of the Austrian authorities towards the Belarusians is quite specific. They know that there is corruption in Belarus, and everything can be bought. Therefore, all Belarusian documents are thoroughly checked.

People's opinion has changed a lot. Many people found out who the Belarusians are - before, the Austrians did not have a clear division between Belarusians and Russians. Many were in a propaganda dope. They thought that Lukashenko was a dad (in the sense that he cares about his country as the head of the family). The image that he created for himself in the official media was transferred to people in Europe. I told everyone what kind of corruption we have, how our state bodies do not work but only create an appearance. What are our conditions for business, taxes, social support, or rather its complete absence, in what poverty do retirees live. Everyone was surprised, but everyone told me that it was so clean in Belarus. There can be no disorder in a country where everything is so clean. And when you explain to them that it is clean, just because people from LTP are taken out to work as slaves for free, they did believe me.

Last year, Lukashenko showed his true colors. Officials, law enforcers, courts, and everyone who must organize the work of the entire system. They not only did not work, but they also staged a genocide of the Belarusian people.

How will the situation develop further, and when will we build a new Belarus - a real country to live in?

Many scenarios can develop in Belarus. This is a pro-Russian scenario. The second scenario is that Lukashenko will remain for some time. The scenario is that he will leave after all, and democratic changes will begin. It isn't straightforward to predict because we do not know what will happen when Lukashenko leaves.

In fact, there are a lot of smart and talented people in our country. Probably, some of them will want to run, and we will see what they can offer Belarus. Therefore, it is highly likely that there will be many new faces if it is safe for them in our country in elections). We saw professionals but courageous people in this presidential campaign because a coward will not run in such conditions.

I repeat that we do not know what will happen when Lukashenko leaves himself overthrows him. It is unclear how this will happen, but everything will depend only on people.

Now the Belarusians' main task is to remember their rights, to remember that power belongs to the people, that all officials are hired, people. We, the people, hire them for our money, for the taxes we pay to the state budget. This is what you need to understand and how to repeat the mantra to yourself every day so that in the future, you have something to start building a new life in Belarus.

Almost everything needs to be changed:
I'm not talking about firing everyone. Not. There are highly qualified specialists there. Most of them. But they need to learn to work differently. Work not for a report that he will hand over to someone. And working for the result is for the benefit of the Belarusian society. And this also works. Difficult work that takes time. Therefore, I do not undertake to predict how soon everything will be fine.

Are Belarusians ready for such changes?

Everyone can take the initiative to the best of their abilities, strengths, and talents. Taking to the streets is also very important. The protest is one of the most important forms of communication with the authorities. Only by protest can society resist the authoritarian decisions of politicians. Today this is the only chance for us to be heard.

In our country, decisions are made based on someone's opinion (Lukashenko) - I thought and decided. This policy has no prospects.

We have many talented people who would like to build a new Belarus and achieve something. Promote their ideas for the benefit of society.

But now, they are not people who are ready to change. Young people of the millennium generation - they are already different, they grew up. The free information space received information from open sources and had the Internet from birth. They did not grow up like us, not like their parents.

My mother is 65 years old and lives on one pension. The main thing for retirees is to have their pension on time. Pay for a communal apartment so that they don't take what we have now. But even she and all her friends say that now it is just a nightmare in Belarus, and they are ready to change themselves.

Older people are afraid, and you just need to explain that it won't get any worse. Could they stop paying pensions? This can only happen under Lukashenko. Why take money from pensioners? What for? People have to pay for housing services, buy food. This money still returns to the economy.

Look at people in their 30s and 40s. This is the main working population. All these people want to be happy, to live in a country where their rights are protected. The workers want to work in new factories and not in unprofitable enterprises, as is happening in terrible conditions at sub-zero temperatures and knee-deep in water.

Many people, even the older generation, are ready for changes. Give only the opportunity for people to change. 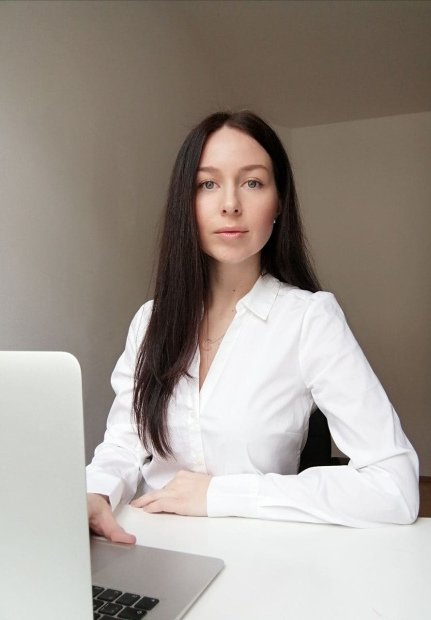