What should Belarusians do? Be in solidarity

What to do for Belarusians in a brutal dictatorship, murder, and torture of civilians.

The protest went underground from the streets. But the number of arrests is not decreasing. Many begin to think that nothing is happening, but we have horrifying numbers of quiet repression. They are just gaining momentum.

At the same time, I would like to note that our data is incomplete. The statistics include only those data that can be learned from open sources and thanks to the relatives of the detainees, volunteers, and observers in the courts. Official lists of detainees are not provided by the police department, Akrestsin, Zhodino, and the temporary detention center of the Minsk region.

Here are the statistics of administrative detentions under "people's" articles for May 2021 (in which there was not a single mass event): 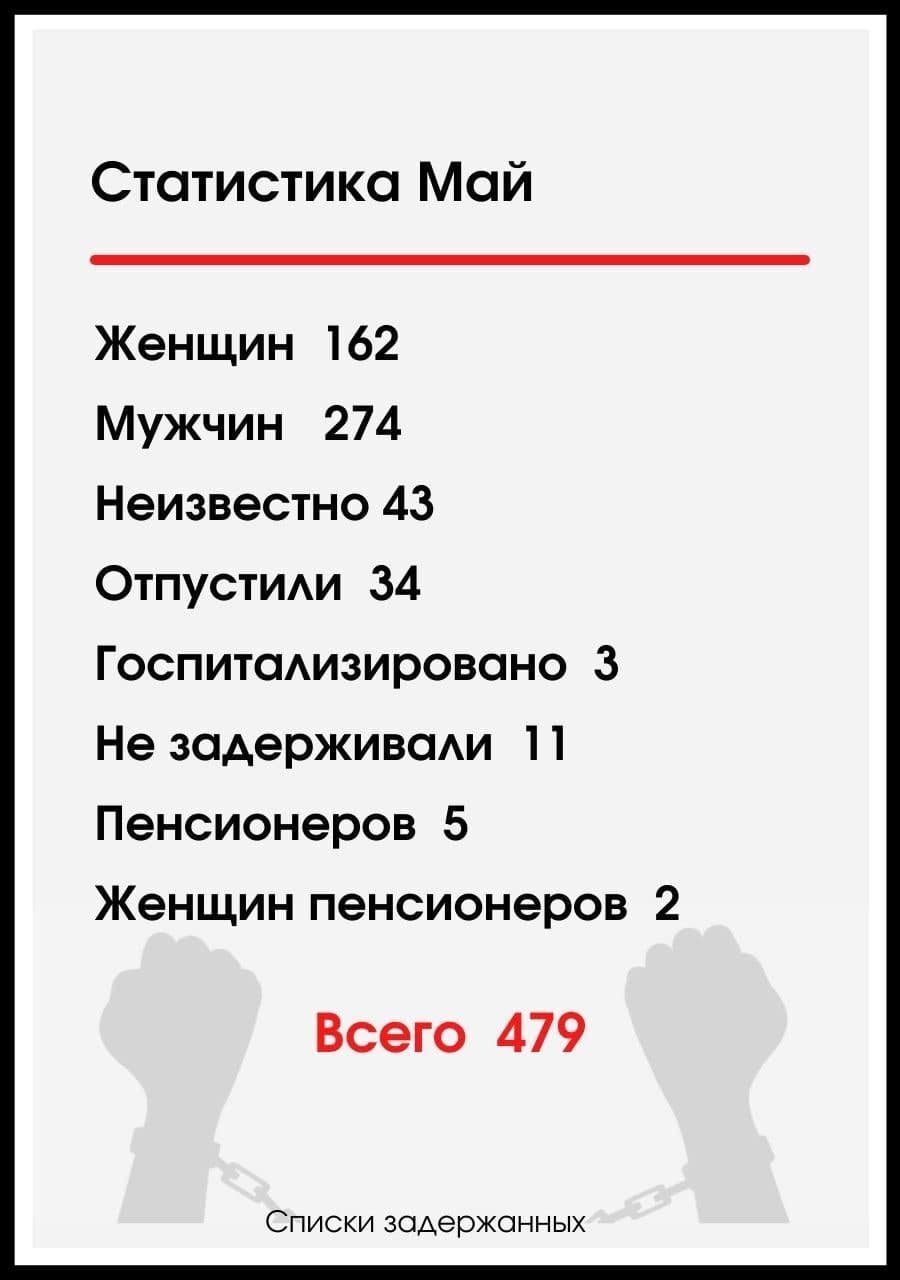 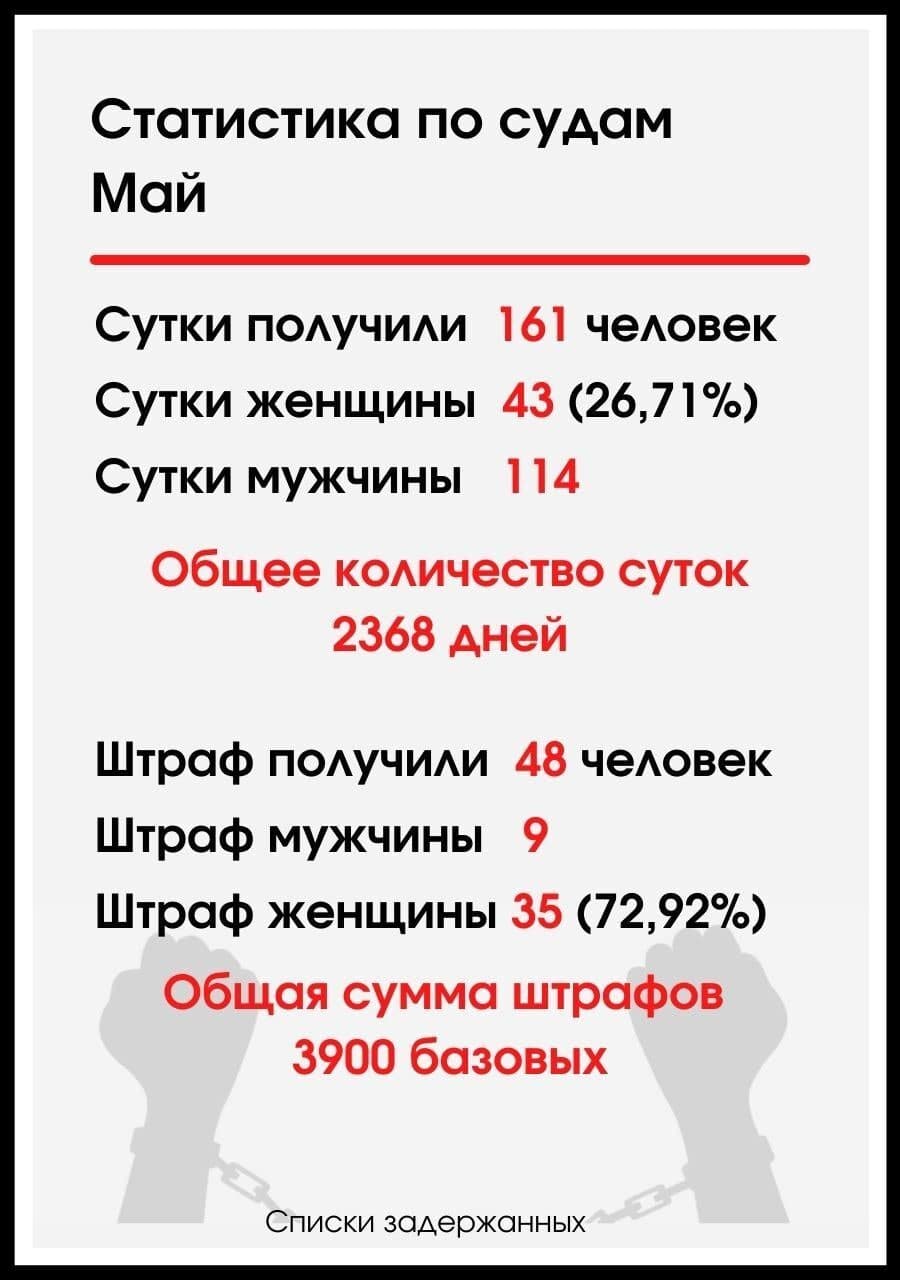 This is such a sowing and harvesting season in Belarusian courts. In a prosperous country with a stable socio-political situation, and even in the Year of National Unity.

In addition, a national security law was passed in May. And he deprives the Belarusians of the remnants of civil rights. 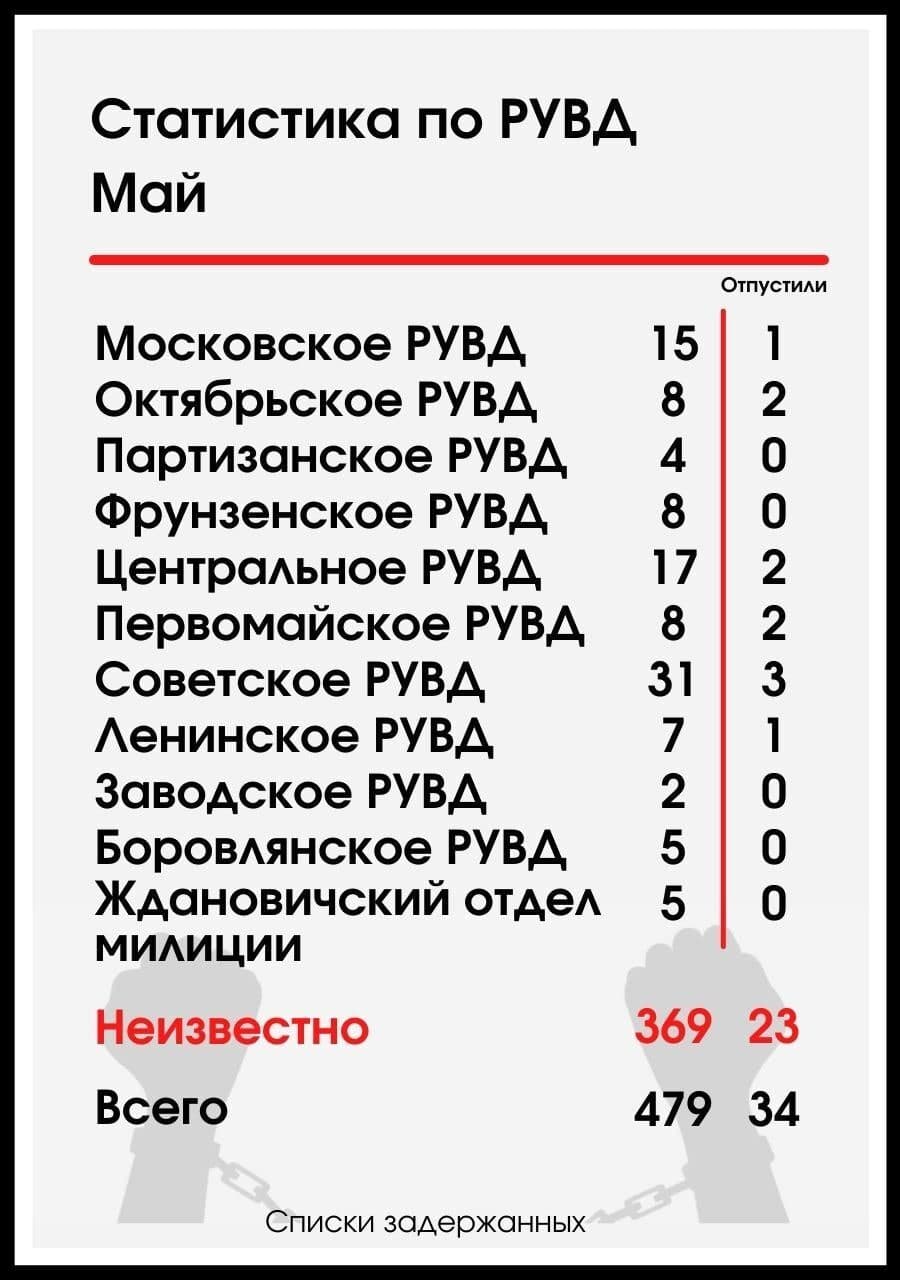 In short: we can be stopped on the street and searched just like that. We can be shot and beaten to death. Our friends and family will be prohibited from even filming what is happening (perhaps even calling for help - after all, this discredits the employee at work and generally looks like resistance).


May is also now famous for its memorial service for independent media. On May 18, a criminal case was launched against the largest independent media in Belarus: TUT.BY. Also, journalists from other media outlets who came to cover the event were detained to do their job. With emotions, it is clear. It's good that we still have them.

What can be done:
Yes, they have weapons, but we only have solidarity. But there are more of us. Yes, and the future cannot be stifled by the past, and here time works for us.
SHARE: 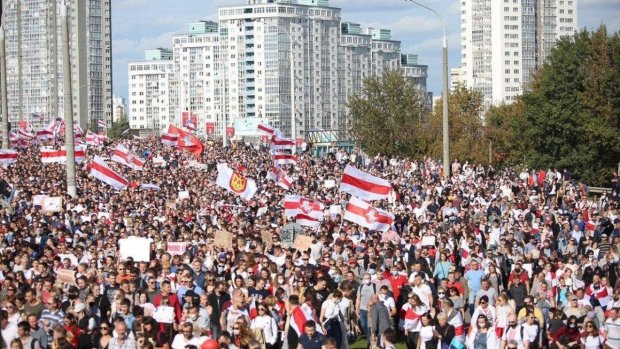