Denis Demukh: "There is a need for letters in such places."

Letter of appeal from political prisoner Denis Demukh, who has been convicted and serves a sentence in a general regime colony.

“Yes, I have such a fate that I am an orphan. But your letters of support raise morale and show that what we did was not in vain! "

Denis Demukh, an orphan, was detained on October 4 after the "March for the release of political prisoners."

After serving 13 days of administrative arrest, he was not released. Denis was charged under Art. 342 of the Criminal Code of the Republic of Belarus (participation in actions that grossly violate public order).

On March 9, literally within a few hours, a criminal case against Denis Demukh was considered. Judge Oleg Kalyada found him guilty and sentenced him to 1 year and 6 months in prison in a general regime colony.

Friends, let's support the guy with letters. Remember that this is very, very important for political prisoners! 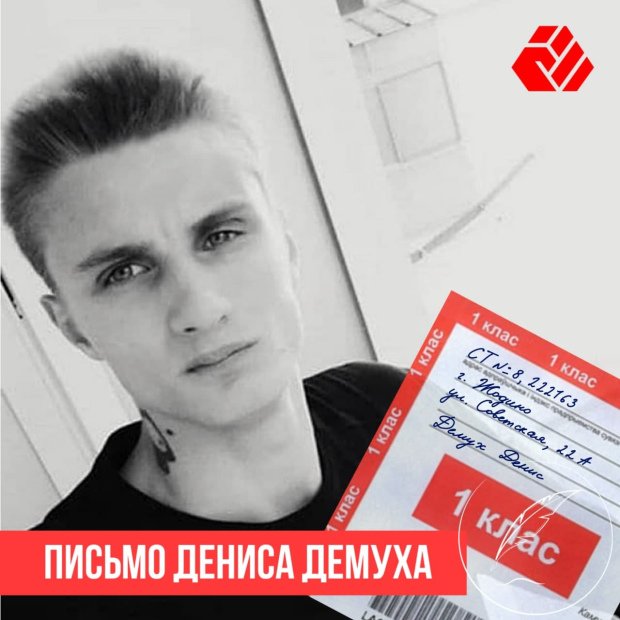