5 years in a juvenile colony

On February 22, 2021, a minor, Nikita Zolotarev, from Gomel, was sentenced to 5 years in a juvenile prison for participating in mass riots (article 293 part 2 of the Criminal Code of Belarus). The teenager did not admit his guilt.

In the morning, on August 11, 2020, he was detained at his place, then taken to the Police Department of Homel, where he remained until the evening time without a lawyer and without parents (by the law, investigative actions with minors must take place in the presence of parents). After that, Nikita turned out to the hospital.

"My son was taken to the intensive care unit. According to Nikita, he was beaten in the police department. He felt worse and worse, then he lost consciousness and was taken to the hospital," the teenager's father, Mikhail, comments on the situation. Nikita's father demanded to conduct a medical examination of his son. Still, the doctors refused, citing the lack of appropriate specialists. The next day, Mikhail Zolotarev applied to the Investigation Committee. After that, Nikita was taken from the hospital to the pre-trial detention center. The minor was accused of participating in mass riots on August 10, 2020.

"Investigation actions, interrogations, identifications took place for 10 days. They started to accuse him of throwing a Molotov cocktail (burning gas mixture) at police officers. There was unbelievable pressure on my son. They demanded a confession from him, but I told Nikita not to say a single word. His clothes identified him by two police officers. But this is a lie. Later they even admitted that they were wrong. The nonsense is that before the identification, I completely changed my son's clothes."

Nikita has been in custody for almost 8 months. In the pre-trial detention center, Nikita is kept in solitary confinement. According to his father, the teenager is constantly complaining of poor health and that he is not given the necessary medicines in time (Nikita Zolotarev has epilepsy). During the date with his parents, Nikita hinted that he is constantly under physical and psychological pressure. But it is hard for the parents of the teenager themselves. After the incident, Nikita's mother was fired from her job.

"Of course, it's hard. My wife cries all day long, and I often cry too when I read the news about my son. What is he in prison for? All the neighbors are dissatisfied. All people are dissatisfied. Everyone understands the situation." Nikita and his family disagree with the court's decision, so they applied to the higher court. However, parents have very little faith in injustice. – "There were already 9 court hearings in Nikita's case, but no one found anything during the investigation and court. Everything is up in the air. Then I was sure that he would be released. The judge was listening carefully, and until the last moment, I was sure that even if Nikita were not acquitted, at least he would be released."

The prosecutor requested for the minor Nikita Zolotarev 6 years in a juvenile prison. The teenager did not admit his guilt. The court sentenced him to 5 years. 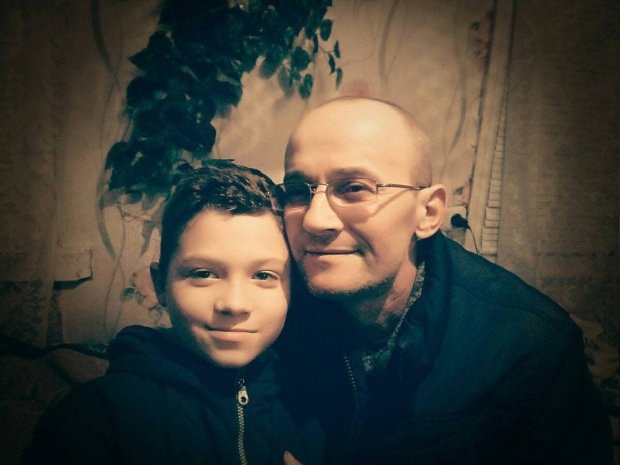