Year since the death of Artyom Parukov

Artem Parukov became the seventh victim of a wave of police violence and arbitrariness after the popular unrest in August last year.

On the night of August 16, 2020, a 19-year-old young man was returning home. However, his family never saw him alive. He was hit by a car on the roadway of Partizansky Prospekt, not far from his home.

The opinions of the investigating authorities and the relatives of the deceased differ.

Through its press secretary Olga Chemodanova, the Ministry of Internal Affairs said that the young man "was a participant in mass events taking place in Minsk in recent days." In addition, “just before the collision, he was on the road. This was noticed by the driver of another foreign car and warned the pedestrian about the danger, asking him to leave the road on the sidewalk. However, the pedestrian ignored his words and fell under the wheels of Renault."

Relatives, in turn, draw attention to the fact that Artyom did not make it to his house quite a bit. For some reason, he ran across to the other side of the street and not along the pedestrian crossing but the roadway. Perhaps someone or something frightened him.

Let us remind you that in those days of August, the security forces carried out punitive raids, grabbing Belarusians on the streets of cities. Perhaps, trying to avoid one of these gangs, Artyom Parukov fell under the wheels of a car.

Be that as it may, in the circumstances of this death, a lot is unclear. Therefore, it should definitely become a subject of a comprehensive study by an independent and impartial court. And it is in the power of all Belarusians to decide when to investigate this and many other deaths.
SHARE: 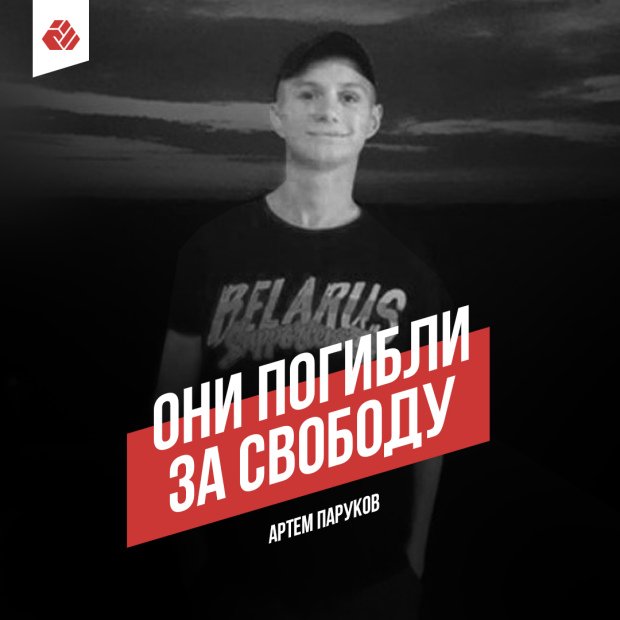