The story of Gleb Anikevich, who could not work in the department of the Ministry of Internal Affairs after the August events

Gleb Anikevich worked in the Ministry of Internal Affairs department as a fire and security alarm system specialist. In August 2020, he witnessed the atrocities of people in uniform on the streets of Minsk. After that, his mother faced harassment from the investigating authorities (we`ve told this story). Gleb quit his job and left Belarus with his family. Now he is safe and ready to share his story.

It all started in August, when I voted on the main voting day, not early, and my vote was not for Lukashenko. I was apolitical, not radical. I remain so now. I was outraged by the violence on the streets of Minsk from 10 to 12 August 2020. What we saw with friends on Pushkinskaya on the 10th is hard to forget ...

I had no intention of leaving. This was not part of my plans in any case, but we are only guessing. In November, my mother was detained and taken away, and the house was searched. I understood that the situation was very ambiguous. Most of all, I was worried about my mother. We could not find her for more than a day, and the lawyer was not given information.

When my mother left the temporary detention center, I found out that she had been to the KGB and that they had hinted to her about me there. The decision was made in a few hours, and we drove to the border in Lithuania's direction. We passed the border along the humanitarian corridor. It was difficult and terrifying. They did not want to let me out. After all, I needed to have a reason to leave (because of my work in the Ministry of Internal Affairs). After a few hours, they let us through.

Already on the Lithuanian side, "Dapamoga" helped. We were provided with housing for the duration of the quarantine. I was able to find a job quickly, but it was not enough to pay for housing.

Then the guys from the "A Country to Live in" fund came to the rescue. They offered accommodation in a shelter, we agreed. Many people lived in the shelter, all different but exciting: one thing united - the will to freedom and our convictions.

Thanks to the guys from the "A Country to Live in" foundation for their help, it is essential when you are not at home. Now I am working. I plan to continue my studies. After all, I was in my second year at the Pedagogical University at the Faculty of Psychology. I believe in our victory and an early return home!

You can support the work of the "A Country to Live in" foundation HERE.
SHARE: 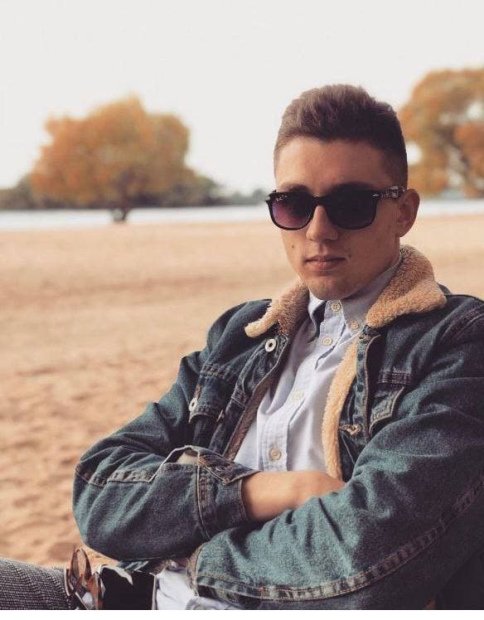