The story of Irina, whose husband Pavel Spirin went to jail for running a You-Tube channel

In early February, the court passed a verdict on blogger Pavel Spirin, who was accused of "deliberate actions aimed at inciting racial, national, religious or other social enmity or discord based on racial, national, religious, linguistic or other social affiliation." Spirin received almost the maximum possible term under this article. By the way, it was the same as requested by the prosecutor - 4.5 years in prison. Pavel Spirin became widely known in the spring of 2020 when he announced his desire to run for president of the Republic of Belarus and dived with the head of the Central Election Commission Yermoshina on the air. He was not registered as a candidate and eventually became an electoral proxy of Svetlana Tikhanovskaya. In September 2020, Pavel was arrested. The story is told by his wife Irina, who, together with her little son, is waiting for her husband to go home.

Initially, Pavel put forward his candidacy for the presidency of the Republic of Belarus. After the refusal to register, he did not abandon his plans to change the country's future, chose a worthy candidate, and ended up in the headquarters of Svetlana Tikhanovskaya. Of all the candidates, Pavel supported only Sergei Tikhanovsky. He was sure that only with him was it possible to build a Country to Live in.

I think that the verdict is very cruel. There is no justice in our state. I think that we have not had fair courts for a long time. It feels like the final decision of the verdict was known even before the start of the trial! Our court is a circus!
At the moment, Pavel is at Volodarsky in SIZO-1. He has filed an appeal and is awaiting a court decision.

I rarely receive letters, once every three weeks. The people who were with him in the cell are calling and telling the news. There was one meeting on the day of the verdict, and they were no longer allowed.

Many provide help: we receive food support, support from human rights defenders, friends, and "A Country to Live in" Foundation. Many thanks to everyone who did not remain indifferent to our family.

For the family, Paul is primarily a loving father and a caring family man. Help free your husband from the hands of the Nazis! I'm looking forward to spring. Something tells me that this spring, everything will change! Both my husband and everyone who were illegally imprisoned will return home to their families!

You can support the families of political prisoners HERE.
SHARE: 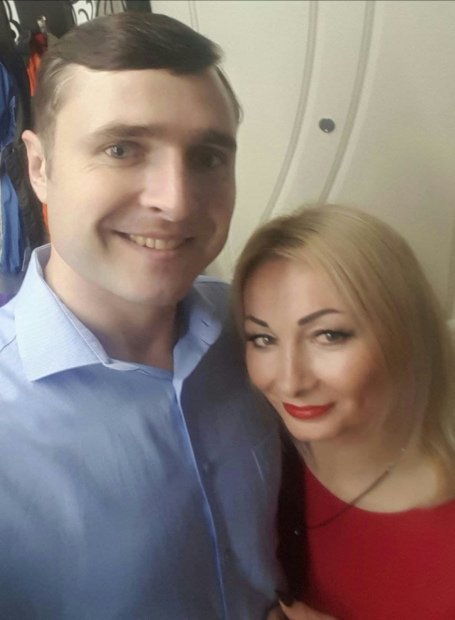