The story of political prisoner Maria Nesterova, told by her son Andrey

Since October 23, Maria Nesterova, an independent observer in the August presidential elections, has been imprisoned. Her trial has not yet taken place. Andrey, the son of Maria, shared the story of his mother.


Who is Maria Nesterova?

A reasonable person, a mother of two children, now adults, previously worked in the customs service and was also an entrepreneur. Nevertheless, she kept her mother (a woman of 84 years old with health problems).

How has your life changed after your mother's arrest?

I live a little, and I work. I try to provide for my grandmother and help her, and now I look after her instead of my mother. I am engaged in remote work: documentation and any management in the field of computer software development.

How did she get into "A Country to Live in" team?

I do not know this. However, we agreed in principle not to discuss this issue so that if they put pressure on me, I physically could not provide any useful information to the security forces.

Why did Maria become an election observer?

I can only assume that something in the country's political system did not suit, and she, like a real patriot, wanted to make an effort to change something for the better.

Where is she now?

Now she is in a pre-trial detention center on Volodarskogo, and no one has yet passed a verdict. They have no basis for a verdict. They are simply extending their sentences and not investigating. As far as I know, the case materials were seized from the investigator, and since then, their fate is unknown.

How is communication with your relative carried out?

Mostly through letters. Once, we were permitted to visit around November. Since then, any dating request has been ignored. Maybe because there is no corny investigator who is in charge of the case, also, the parcels with vitamins sent by mail were destroyed without warning the sender and without an offer to take these parcels back, which they (postal workers), as far as I know, are obliged to do before disposal.


How soon do you expect to see your loved one at large?

I don't know. It's hard for me to say when I expect to see my mother free. Technically, they can extend the term of imprisonment in a pre-trial detention center even indefinitely. Unfortunately, this is legal chaos, and it is tough to make any predictions.

Has your attitude towards Lukashenka and the system of power in the country changed over the past year?

No, it hasn't changed. I have always found this system ineffective and doing its job poorly. Even if we ignore all that nightmare and lawlessness that happened several times in Belarus (if I'm not mistaken, this is the third time forceful methods of suppressing peaceful protests were used, and people were detained, tortured, and killed in prisons. I still remember 2010. As far as I know, there were similar situations earlier).

Does someone support you?

Yes, we were supported by "Our House" and "A Country to Live in" foundation. Also, people from the chat of ​​the area helped a lot with money. I am very grateful to all of them. I would not have been able to take it out financially, and a lawyer is costly.

How else can we help?

Perhaps fundraising. "Our House" no longer compensates lawyers, but now any judicial movement can still begin, and it will take many days of lawyer work to be bought. I only need money for this, and I am ready to provide all the checks. Our family is still coping with everything else.

"A Country to Live in" foundation provides financial support to the families of political prisoners. 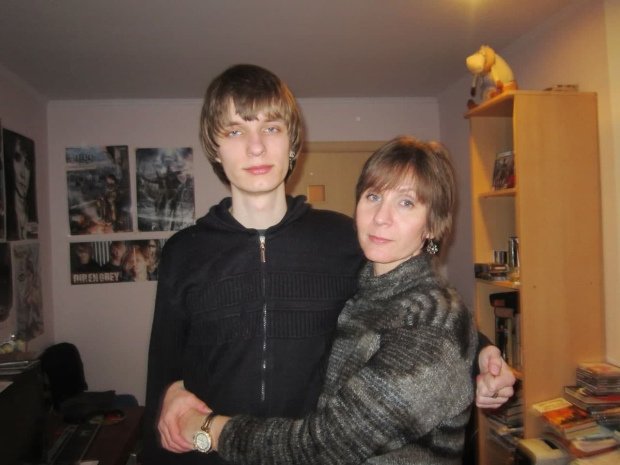