The story of the employer Natalia, who was not interested in politics until this summer

We continue to talk about Belarusians who suffered for their civil position. Natalia from the Vitebsk region took an active part in collecting signatures for Svetlana Tikhanovskaya. The current government considered Natalya dangerous and arrested her on election day. And although she was released soon, it became clear that Lukashenka's guardsmen would not stop there. "A Country to Live in" foundation provided Natalia financial assistance while she left the state and is now ready to tell her story.

I was far from politics and did not express my civic position until my acquaintances - beautiful people - were judged for their meetings with Sergei Tikhanovsky. It was April-May 2020. To somehow start fighting this injustice and conducting the election campaign, we united into a small team in Polotsk-Novopolotsk.

We were happy when Svetlana Tikhanovskaya was registered as a presidential candidate.
Soon we began collecting signatures in support of her. Several people had certificates of members of the initiative group. We have collected tens of thousands of signatures in the Vitebsk region. Unfortunately, not everyone was able to pass to the CEC. Then they waited for the rallies.

We had a confidant of Svetlana Tikhanovskaya in our team, and we held rallies in support of her in 10 districts of the region. We conducted the entire pre-election campaign according to the electoral code, never going beyond it - every picket and rally, we were filmed by spies. We drove in a car that belongs to our company. The vehicle was also followed.

On August 9, the authorities considered me to be especially dangerous for society - I was detained. However, I did not violate the law, so the text of the protocol about me was rewritten from someone else's. As a result, I was kept in the IVS of the Polotsk ROVD for 72 hours, after which I was released home without any documents or a trial.

On September 9, at the same time, a comprehensive unscheduled inspection under the direction of state control came to my office and the store owned by my husband. It consisted of CSC, FID, MoTaD, CfSMaC, and later representatives of the Ministry of Emergency Situations dropped in. In total, 10 protocols were drawn up for my spouse and me for a total of over 4,000 rubles. We thought it was all over and decided to pay these fines somehow, live, and do our business further.

But on January 14, 2021, officers of the Criminal Investigation Department of the Polotsk ROVD came to my office. They said that I was a suspect in a criminal case that I had nothing to do with. I was detained for 72 hours under the Criminal Procedure Code in the status of a suspect. On January 15, my husband was detained on the same grounds. This was necessary for conducting searches. They passed at the company's office where I worked as a chief accountant, and my husband was a director. All computers were seized, including personal, mobile phones - work and personal. Also, a search took place at our house (twice) and my mother's. All equipment has been sent for examination.

After 72 hours of detention, they released me, as well as my husband. However, we realized that this is only the beginning and the most exciting thing can begin after the examination, so we decided to leave the country.

Two children with their grandmother remained at home. In the gymnasium where they study, a letter immediately came that I was a criminal. A social investigation was ordered against the family. Now the authorities are calling our parents, employees of the company, to find us. My mother is summoned to the CC for questioning. This proves that the decision to leave the country was made correctly.

I think a criminal prosecution is underway against us. We had to resign from the company not to be responsible for the affairs that will now occur there.

Now we live in another country. We somehow managed to raise money for renting housing. We plan to stay here, look for work, provide all possible assistance to Belarusians like us. There are many unresolved issues left at home. But we believe that victory is not far off, and we will return to our homeland in a new Belarus. Soon, it will be very soon.

You can support the work of "A Country to Live in" foundation by following this link. 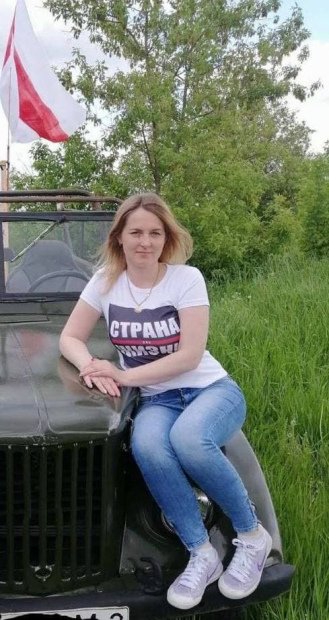