The story of student Dmitry: he was sent to a temporary detention facility for civil position, and the dean of the university threatened with expulsion

We continue to talk about persecuted people and subjected to power pressure for their civil position in Belarus. A second-year student of the Belarusian State Agrarian Technical University, Dmitry openly expressed his position regarding lawlessness in the state. He was subjected to threats and pressure from the security forces and his native university's dean for this. Now Dmitry is safe and can tell his story.

Dmitry now lives in a shelter in Poland.
He studied in the second year of BSATU. Was expelled.

I went to all the actions, marches, pickets of solidarity. I spent one single picket of solidarity on the steps of my university. Then they took me away.

The dean summoned me for a conversation. He asked why I am doing this, what I want to achieve, and said that it is better not to do this because there can be problems both in studies and expulsion.
I also created a university chat room. Because of that, I was actively pressured and discriminated against by the university and secret services. I could sit down under criminal article 342.

Then I went to the student march. It was Saturday 17 of October. I was detained by riot police officers (OMON). For blocking the road, they recognized me and marked me with red paint, and beat me. I was sentenced to 15 days under two protocols. We were all given two protocols, "23-34". Although I did not show any disobedience, some witnesses supposedly saw all this.

Upon arrival at the temporary detention center (IVS) on Okrestin Street, the head of the IVS, Igor Kenyukh's head, came to my cell. He began to threaten me with expulsion and conscription into the army. While there, I was repeatedly subjected to pressure, both moral and physical, as well as threats to be beaten.
When I left, I was met by volunteers who helped me with everything I needed (call my family, say that everything is fine, I was released).

But after that, the pressure on me from the university administration only intensified.
At the university, I was summoned to a prevention council. They gave an example of an explanatory one, according to which I had to write my own. The sample was also indicated for political reasons. My dean said I was in trouble. If I don't stop, I will be expelled. There were threats of conscription. I was also deprived of my scholarship for missing, allegedly for disrespectful reasons, although understandable. A reprimand was given. The dean said that "you are the only one at our university. You stand out a lot. We can expel you quickly, and you will be drafted into the army".

After that, I could not be in Belarus, lost my sense of security, shied away from every car. Every time I looked around in the corners. I was afraid that they would take me out again. I was forced to leave the Republic of Belarus, and I went to Poland.

Here I was met by volunteers from the state's diaspora, which helps people find themselves in a complicated situation. They helped with information, adaptation, language, food, clothing, and everything needed.
Here, however, help.

I want to thank the volunteers of "A Country to Live in" foundation and the state (Poland). Here you can go to the same actions, and you are not afraid of the reprisals you may be subjected to in Belarus. The fact that they do not help here and that no one needs us is not valid. Here they help with everything they need, what they can. The volunteers here are just fantastic, beautiful people.

I also entered Kalinovsky's program to study, and the first year will be learning the language with a scholarship. After that, I will join one of the universities and continue my education.

You can support the work of "A Country to Live in" foundation by following this link.
SHARE: 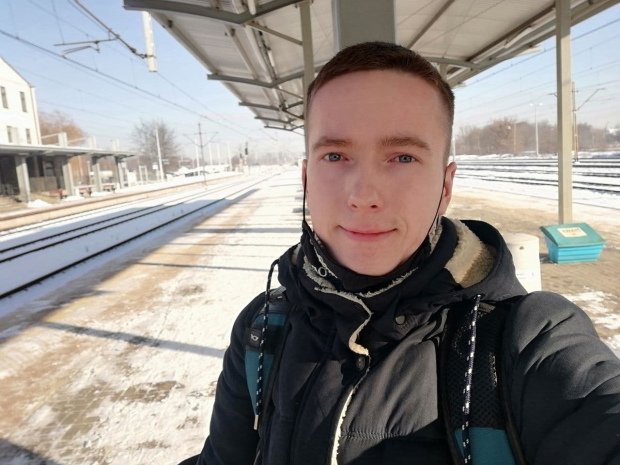