"A Country to Live in" foundation team. Tatiana Sivachenko: “We want everyone to understand that he is a power, everything depends on him”

"A Country to Live in" foundation aims to support and develop civil society, strict observance of law and legality, and, ultimately, building a real country for life instead of the terrible imitation that exists in Belarus now.

We continue to present to you the team of our Foundation - people who give all their strength to the struggle for the freedom of Belarusians. Today we will tell you about Tatiana Sivachenko.

- I am Tatiana Sivachenko. I spent most of my life in Mogilev, except for five years when I studied at the Belgorod State Technological University.

- We did not have training in the specialty that I wanted in Belarus. Plus, my father worked at the Belarusian-Russian University in Mogilev. He wanted to eliminate a conflict of interest, which is why I studied in Belgorod. By the way, this is not an ordinary Russian city. A good university with a campus that has absolutely everything. Good study conditions.

- You are a member of the UCP. Why did you join the party, and how did you end up in politics at all?

- Back in the 2001 elections, we were against Lukashenko - both me and my whole family. We understood that this was evil. I participated in this campaign - I went door to door, collected data on who would vote for whom, and distributed leaflets.

Later, while studying in Belgorod, I saw how they hired guys - yesterday's students to work in Russia. I thought, why should I go somewhere further (to Russia), I want to apply my knowledge in my country. So I returned to Belarus.

Then my father and I opened our own company - a unitary private manufacturing enterprise. My father worked in different countries. And so we began to visit factories and communicate with Belarusian directors - and I realized that our production was not developing. They are not even interested in something new. As a result, I had projects with other countries - for example, a draft concept of technological security with Kazakhstan.

It didn't work out in Belarus. However, funds are allocated for a project, for example, on energy saving. But in the end, they write to us the answer that our project is not suitable, because in the justification "you are writing funds for the salary." I realized that this system does not work, and it is necessary to change it radically.

Many people study somewhere far away to come home and benefit their country. I realized that this does not work at all in Belarus. Nobody needs you as a specialist. I have many acquaintances who graduated from the university in one specialty and, as a result, do not work in it. Or they are sent to some detention, in which the person does nothing. For me, this is wildness - I cannot look at it and do nothing.

- Why did you join the UCP?

- Because there are liberal political views, which I also adhere to. Moreover, it was the only party that had a clear political program.

- What parties did you choose between?

- I went specifically to this party. I didn't like the rest. I just knew about them a long time ago, and the choice was obvious.

- You once ran for local government and parliament (in 2018 and 2019). What conclusions did you draw from these campaigns?

- It was a self-presentation experience - I talked a lot with people. When I walked from door to door, I was faced with the fact that many people were either scared or didn't care. People were afraid to speak. People closed the doors: “We are in government work. We cannot vote. Girls, where are you going there? You will be imprisoned or killed. "

- About the same. I deliberately took part in these campaigns. In 2018, there were some hopes that I would be able to get through (to the local authorities), although I knew that the elections were being rigged. My premonitions did not deceive me. It got to the point that they directly called me the person who would win on my site. And this man later became a deputy. He was appointed. In general, I did not discover anything new for myself. I just felt everything on my own skin (laughs).

- And because the pre-election campaign is the moment when you can legally raise problematic issues, talk to people. I stood every day with posters, raised environmental issues. The goal was to attract new people to the party and to participate in public life.

- You were a confidant of Svetlana Tikhanovskaya in the presidential elections in 2020. How was it?

- This was asked by Maria Moroz (head of the campaign headquarters of Svetlana Tikhanovskaya). We initially helped Svetlana Tikhanovskaya in collecting signatures. We became excellent friends with the guys from the initiative group, and they also wanted me to help on an ongoing basis. Moreover, I have experience - I have participated in various campaigns. Therefore, Masha called me and asked me to become a confidant.

- What impression did Svetlana Tikhanovskaya make that summer?

- Immediately when I was offered, I said that I was not ready. I had first to meet Svetlana. I cannot subscribe, especially since I am an ideological person, a party member. For example, I could not go as a confidant to Sergei Cherechen, Andrei Dmitriev, or Anna Kanapatskaya (laughs). We talked to Svetlana. I had to clarify several important questions for me, relatively speaking, whose is Crimea. The answers satisfied me. I was pleasantly surprised that although she was helped write texts for performances, she rewrote them and reworked them for herself.

- How and when did you leave Belarus?

- It was on November 4, after the second time in the IVS. The first time I got there was in May when we met with Sergei Tikhanovsky (he came to Mogilev). Then I served three days. Then I came out. They gave me 25 basic ones. I knew that they would put me in prison sooner or later, so I prepared my parents not to be too stressed about this.

The second time I got to the IVS was on October 10, when we wanted to launch a white-red-white raft, but two buses with riot police arrived, and they took us away. I stayed there for a day. The conditions, of course, are not very - cold, unsanitary conditions, but there were few people in the cell, and they did not beat me. Then I was suddenly released. Moreover, I did not understand what was happening - I thought that I was going to a pre-trial detention center (I was taken out of the cell and taken to some major). He gave me a summons that in a few days, I had to arrive at the Leninsky ROVD. As it turned out, I was “amnestied from the IVS.”

They let me go, but they came to my home. It is clear that when they are released before the weekend, they allow you to leave. I should leave. Two weeks later, I did just that. Through my acquaintances, I was told that I had 8 protocols on criminal cases.

- Did you leave illegally?

- Yes, although I crossed the border by bus. I probably left on time. I left the house to go to Minsk, and an hour later, the police came for me. I spent two days in Minsk with friends and then left for Lithuania. They searched for a long time at the border but let me through.

In Lithuania, I immediately found myself in the team of "A Country to Live in" foundation.

- What are you doing now?

- Now, I work in the "Self-government" project. This is the rise of civil society, plus the exertion of internal pressure on local authorities. I am engaged in training courses. This work is important because it informs and educates society. We want every person to understand that he is a power. Everything depends on him.

- What is your forecast, when will it end, when will you return to Belarus?

- I think a year or two will pass.

- Kozlov, because he is relatively recent in the party, in politics. It is more flexible. Plus, I have a special respect for him. Having caught the falsifier by the hand in 2008.  He left the police for the opposition. He did not retire, but in principle, he joined the opposition.

- The choice is not worth it. I love Mogilev. I also love Minsk very much.

- I love dogs. They are loyal and cool and big (laughs).

- Proportional - I want us to have a parliamentary republic. 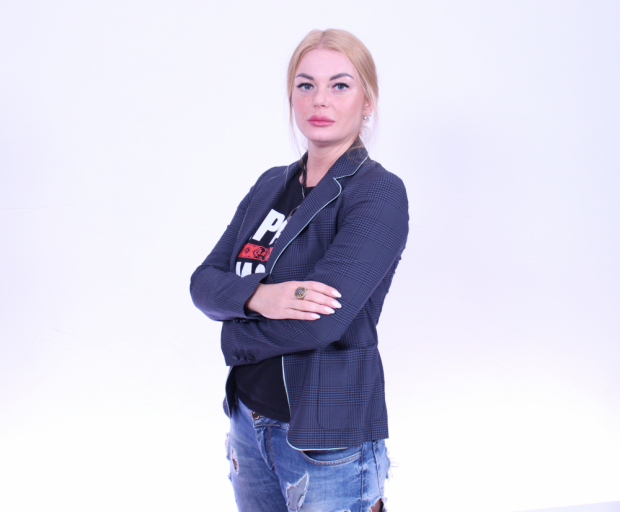