One of us. Alexander Aranovich

We continue to talk about our brave colleagues who decided to go all the way - for freedom for all Belarusians. Now, these people are prisoners, but any of us could have been in their place.

Alexander Aranovich, 38 years old:
Alexander Aranovich is from Starye Dorogi, a small regional center of the Minsk region. He was a driver in a private company, worked with his mother, who had the status of an individual entrepreneur. In 2020 he joined the team of Sergei Tikhanovsky.

On a volunteer basis, he was the driver of the branded motorhome "A Country to Live in," which traveled around the cities and towns of Belarus, causing great excitement in the regions. However, lukashenka and his officials could not look at it calmly. As a result, Sergei Tikhanovsky and his team were not allowed to participate in the elections - many were arrested.

Alexander Aranovich was detained twice in 2020. The second time - during the famous performance on May 29 in Grodno with prostitutes and police officers (do not confuse). Since then, he has not been released. He was sentenced to six years in prison for actions that grossly violated public order (fortunately, there is a stream of those events on the network, you can see for yourself exactly how the "public order" was violated, at the same time appreciate the acting of the policemen and the priestesses of Melpomene who helped them).

Another sin of Alexander Aranovich was no less "serious" - he was accused of keeping an old smoke bomb in the attic of his parent's house in Starye Dorogi (this, according to the investigation and the judge who joined him, was already drawn to preparation for participation in the riots).

Judge Elena Petrova and prosecutor Denis Korda are, without a doubt, the glorious children of the system that lukashenka has built during his time in power. But, unfortunately, mind, honor, and conscience are not all about you. The only surprise is the absence of the rudiments of common sense and the instinct for self-preservation. Your cap is not tight there at all - what do you think the verdict will be announced to you?

Friends, remember that letters from the outside are critically important for political prisoners.
So please write to Alexander Aranovich right now. 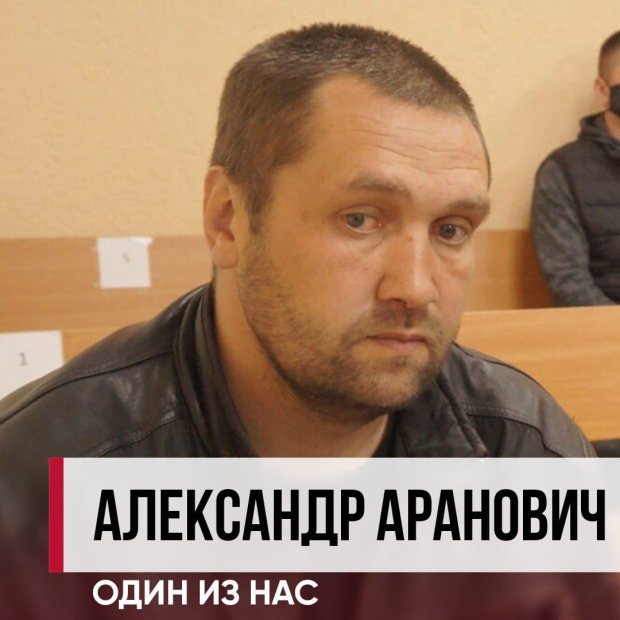