One of us. Ivan Bogdevich

We begin to introduce you to our friends and colleagues who are now languishing behind bars in a country built by a dictator for his life. Any representative of "A Country to Live in" team and each of our readers could have been in the place of these people.

Ivan Bogdevich, 27 years old:
Ivan Bogdevich was arrested on October 19 near his house in the village of Rybtsy, Pukhovichi district. A bus with riot police arrived to arrest the father of three young children. Bogdevich was charged with part 1 of Art. 342 of the Criminal Code ("Organization of group actions that grossly violate public order and are associated with clear disobedience to the legal requirements of government officials or entail disruption of transport, enterprises, institutions or organizations, or active participation in such actions").

According to the investigation, in August, the accused "publicly shouted slogans and made loud claps of his hands, thereby committing actions aimed at long-term disturbance of the peace of the citizens," in addition, "limited the right of respectable citizens to peace of mind, work, etc."

The transgressions are, of course, “serious”. This is probably why the assistant to the prosecutor, Inna Zubko, demanded punishment for Ivan Bogdevich in the form of two years in prison.

On June 23, "judge" Alexander Sergei delivered a verdict. As requested by the prosecutor, Ivan was sentenced to two years of imprisonment in a general regime colony.

The story of Ivan Bogdevich and his “judges” is just beginning. Political prisoners will be released, but people involved in torture, harassment, violence against peaceful protesters will be severely punished for their misdeeds. Inna Zubko, Alexander Sergey, we'll see you on the other side of the cage for the accused.

Remember, letters from the outside are critical for political prisoners.
SHARE: 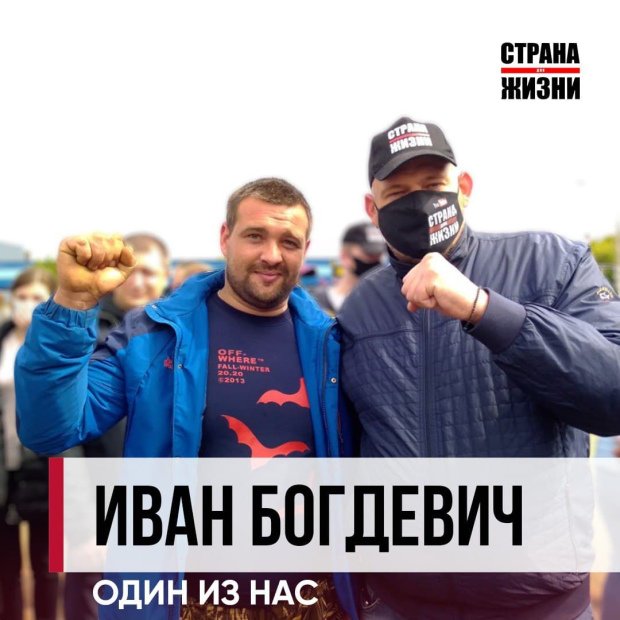