One of us. Antonina Konovalova

We continue to talk about our brave colleagues who decided to go all the way - for our standard freedom. Now, these people are prisoners. Any Belarusian could have been in their place.

Antonina Konovalova, 33 years old:
Antonina was arrested on September 6, 2020, in Minsk. She was kidnapped because her relatives did not know where she was for several days. Antonina Konovalova was accused of administering the Army with the People telegram channel, preparing for participation in riots, and training other persons for them. A month later, Antonina's husband, Sergei Yaroshevich, was arrested and charged with "criminal" acts.

Children of 6 and 4 years old were left without parents.

Antonina Konovalova, like her husband Sergei Yaroshevich, was found guilty and received the same terms as requested by the state prosecutor. Sergei Epikhov, with a broad gesture, wrote out five and a half years.

"Judge" Epikhov, how do you sleep at night? How does it feel to be the arbiter of destinies? Or maybe you are just afraid and do what you do best - prostrate in front of the strong?

The motivation for your actions is not that important. Another thing is necessary. You must also look at the faces of the people sent to prisons, their children, who were deprived of their childhood. Do not hesitate. It will be measured in full measure. And not "30 pieces of silver", but according to your Criminal Code. May this prospect warm you on cold nights.

Remember, letters from the outside are critical for political prisoners.
SHARE: 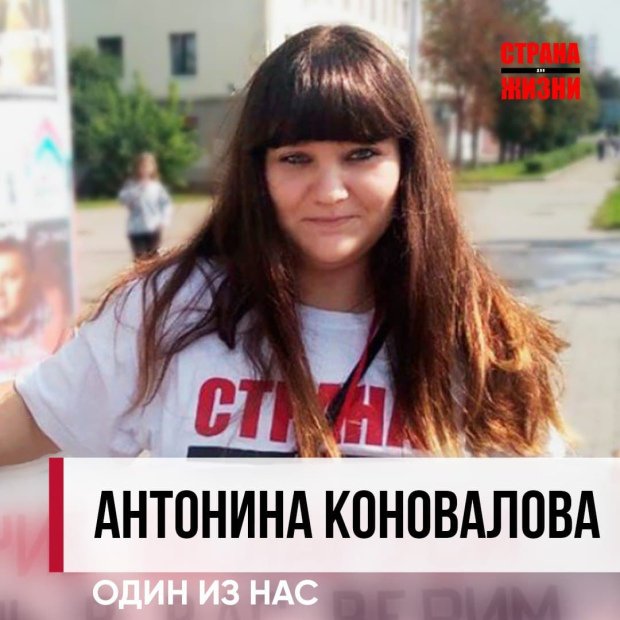