Hundreds of heroes of the Belarusian Revolution continue to remain in prisons and isolation wards. They need our support!

"Hello. Pasha has already been transported to Bobruisk, sent a letter, here is his new address, maybe someone wants to write to him. He still tries to fight even while imprisoned. Prepared a supervisory complaint. This is the last resort where you can still apply. He receives few letters, only from his mother, friend, and me."

Pavel Spirin is a Belarusian political blogger. Author of the films "Edge" and "Stepfather." Sentenced to 4 and a half years in prison under Part 1 of Art. 130 of the Criminal Code of the Republic of Belarus (intentional actions aimed at inciting racial, national, religious, or other social hostility).

Vladimir Kniga. "I believe that everything will change soon."

“I still believe that everything will change soon, that people also believe in it, do not lose hope for a better future, and continue to fight. I know that they will give the maximum, but I also know that we will all be free very soon, and I will hug my children. I really miss them. Thank you very much for the letters, this is important. "

Vladimir Kniga is a volunteer of Svetlana Tikhanovskaya, a retired warrant officer of the OMON, who served for almost 10 years. Recently he worked as a garbage truck driver.

After the arrest of Vladimir on June 4, there was no information about him. Only on June 8 it became known that he was in the KGB pre-trial detention center on Volodarsky in Minsk. It is still unknown what he had to endure during the abduction. Charged under Articles 342 and 364 of the Criminal Code of the Republic of Belarus, "Tikhanovsky's Case."

Write letters to political prisoners. This is very important for them! 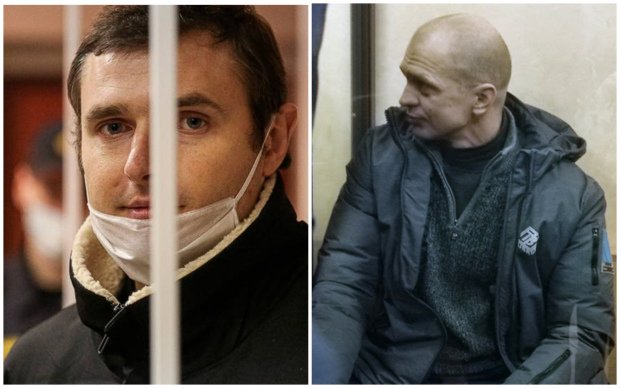