Vadim Zheromsky about Marfa Rabkova: "Plans to attack human rights defenders have been hatched for a long time"

The coordinator of the volunteer service of the "Viasna" human rights center, Marfa Rabkova, has been in detention for almost 7 months. She was arrested on September 17th. At first, she was accused of teaching or otherwise preparing people to participate in riots or financing such activities. In February, Marfa was presented with new charges - incitement of social hostility to the authorities by a group of unidentified persons and participation in a criminal organization. Now Marfa Rabkova faces 12 years in prison. We talked to her husband - Vadim Zheromsky.​

- Tell us, how is Marfa doing now?

- Cases are stably tense. Being in an isolation ward, a person experiences constant discomfort, both psychological and physical. The unknown presses fetter the space of the camera. Prolonged stress begins to affect the immune system, so Marfa often gets sick.

- With the arrival of spring, she is in a better mood. The revival of nature is felt even through the bars on the windows, so in the letters, it is noticeable that the mood has become more cheerful.

- Is there a permanent connection with her?

- There is a connection, but with a delayed effect. Letters began to arrive more stable, especially to me. I receive all her envelopes. Unfortunately, there are still interruptions and delays for up to a month for parents and sister. The letters to her still leave much to be desired because it leaves letters motionless for a very long time and does not give some. To date, Marfa has received about 500 letters, but this is only a small fraction of what was sent her.

- What are the conditions of detention (now people write a lot about increasing pressure on the "politicals")?

- As far as is known, inspections from the Department of the Execution of Sentences are frequent in the isolation wards. This is reflected in prisoners' life - more stringent requirements for implementing regulatory requirements and more thorough checks. There were reports that televisions were taken from the cells, and accumulated newspapers and magazines were thrown away. In general, Marfa reports that at this point, it is more comfortable in the current cell (to what extent, of course, this word applies to a pre-trial detention center) than in the previous ones. Because there were even cameras with holes in the floor instead of a toilet bowl and leaky through windows. In general, in six months, she changed about 5 or 6 cells, in which on average 6 to 8 women were kept, half of which were “political.” Together with her at different times in the cells were also Vika Mirontseva (2.5 years in prison) and Sasha Potryasaeva (3 years of home chemistry), and Olga Pavlova (3 years of home chemistry), and many other women who fought for their rights.

- What worries you the most now?

- I am worried about the same thing that worries other people who have faced repression - the injustice of what is happening. Marfa's case stems from a biased and rather strange perception of the reality of those who initiated it. All this will be obvious in court, although I hope that there will be no trial and all those languishing in dungeons will be released tomorrow.

- How are Marfa's parents? It is known that her father is seriously ill ...

- Her father said that he would definitely wait for his daughter, and I think it will be so. Soon she will visit them at home. It cannot be otherwise.

- Why exactly Marfa ended up in prison?

- Plans to attack human rights defenders have been hatched for a long time, and in September, it was a test blow. Everything that at that time was of interest and was tested by the special services during the arrest of Marfa, everything was exactly repeated in the criminal case on "Viasna" six months later, but on a larger scale. The same wording, the same questions. Marfa's arrest was a random way to test the waters. Also, Belarus's volunteer movement has gained threatening proportions for one of the parties to the social conflict. A blow to a participant in this movement, in their opinion, should have knocked down the wave.

- Did you or Marfa have any alarm bells before the arrest (maybe some premonition)?

After the arrests in August, various people warned that Marfa's development was already in an active phase. The number of such signals indicated that it was most likely true. Another thing is that even then, we did not imagine how strange the law would soon be interpreted on our land.

- You expected that you would find yourself in such a situation (wife - behind bars, in the country - legal default), and with what times would you compare today's Belarus?

- To be honest, I didn't even follow this political campaign very closely until a certain point. After the elections of 06, 10, and 15 years in my memory, it was hard to imagine that something could change.

Understanding the depth of public discontent came after counting the number of people who came to the joint headquarters meeting in Bangalore (place at Minsk near the eponymous square). The counters showed more than 60 thousand people, which was not disputed even by uniformed employees at the area's established checkpoints. Therefore, the current propaganda attempts that no more than 40 thousand people attended the weekly autumn marches look pitiful. There were clearly many more people on the marches in the fall than in Bangalore in July.

Therefore, at that time, I did not expect any major protests, criminal cases, or further situations with the country's law as a whole. But I would not single out any one event that led to the point we are now. There was a series of them.

- When and how will it all end?

- One well-known citizen often repeats that independence was given to Belarusians very simply. We may be experiencing a deferred payment for that important purchase right now, so we need to be patient.

- What will you say to Marfa when she is released?

- Let's go for a walk in silence. Words at this moment are not the main thing. The feeling of freedom and relief is more important.

- What can you wish all Belarusians?

- I wish that no one bothers them to live.

You can send a letter to Marfa Rabkova. Address: SIZO-1. 220030, Minsk, Volodarskogo, 2
She will definitely answer if the letter reaches its destination. 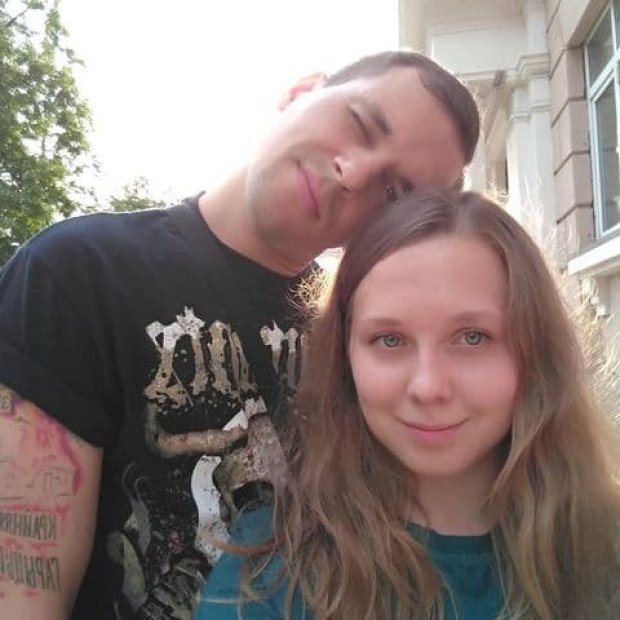