Anyone can be taken into custody at any time. Minor political prisoners

Lukashenko's repressive regime knows no pity. Among those caught in his millstones are not only men but also women and minors.

As of June 1, 449 people were recognized as political prisoners in Belarus.

On June 1, the World Children's Day and today, we have collected the stories of those who need our protection the most.


Alexander Vinyarsky is a minor resident of Brest, sentenced by the Leninsky District Court of the city to three years in a strict regime colony under the article on participation in mass riots (part 2 of Art. 293 of the Criminal Code of the Russian Federation). Twelve more people were convicted along with him.

Vitaly Prokhorov is a 17-year-old resident of Zhlobin. According to the prosecution, at the protest action on August 10, Prokhorov threw at least one stone into the paddy wagon, thereby causing material damage to the car. He was detained on the same day by riot police and severely beaten.

“They mocked him for two hours. They taught him how to live, insulted him, said that he would be imprisoned for a thousand years. Tied down, he received a fist in the eye. The whole back is covered with traces of clubs, legs are wounded, a black eye, bumps on the head, bruises all over the body. He is limping on both legs, ”Vitaly's stepfather told reporters.

He was sentenced to 2 years in an educational colony.

Denis Hozey is a college sophomore in Vysoky. A criminal case was initiated against Denis under Part 2 of Art. 293 of the Criminal Code of the Republic of Belarus (Participation in Mass Riots) for the electoral protests on August 10.

Sentenced to three years in prison in an educational colony.

Dmitry Strizhak, a 16-year-old resident of the city of Dobrush, created a telegram channel “Data of the punitive forces of Belarus.” In this channel, the guy "published the data of the policemen."

Dima was given 2 years, which he will spend in a special educational institution of a closed type.

The exact address is unknown.

Maksim Babich is a second year student at the Minsk State Automotive College, has health problems - he has a heart defect.

He was detained on October 19, when he was leaving the entrance and on his way to study. The reason for his arrest was the episode with the blocking of the road on October 13 in Serebryanka (Minsk region), at the intersection of Rokossovsky Avenue and Plekhanov Street.

He was sentenced to three years of restriction of freedom without being sent to a correctional institution ("home chemistry").

Sergey Gatskevich is an 11th-grade student from Brest. A criminal case was initiated against Sergei under Part 2 of Art. 293 of the Criminal Code of the Republic of Belarus (Participation in Mass Riots) for the electoral protests on August 10.

Sentenced to three years in prison in an educational colony. 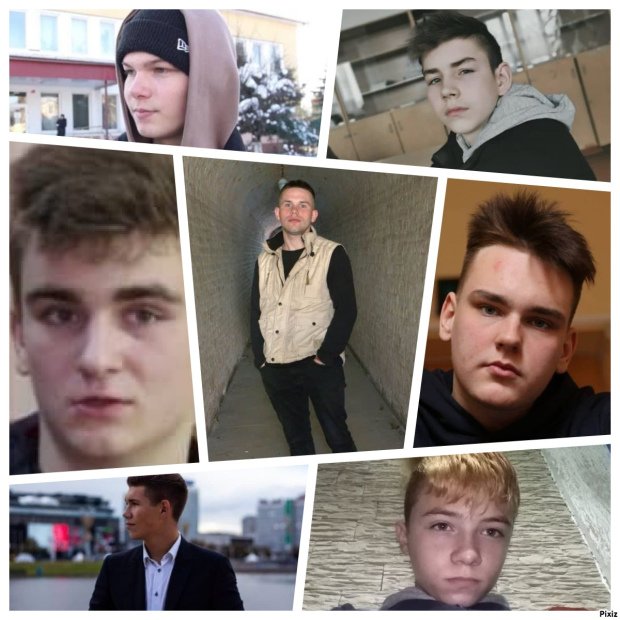