Sad results of the work of state-owned enterprises

Every year Belstat publishes a report on the work of all state-owned enterprises. An expert in public administration and international development, Master of Economics, Alisa Ryzhychenko, studied it closely and disappointing conclusions.

In 2020, the report included data from 3,169 organizations, 46% of all large and medium-sized enterprises in Belarus. Simultaneously, the share of such forms of ownership in the total production volume is about 70%. Today, about 43% of all employees of large and medium-sized enterprises work in the public sector. Taking this into account, as well as the constant support of such forms of ownership from the state (write-off/restructuring of debts, cheap loans, tax incentives), we are interested in how effective state-owned enterprises were in 2020?

According to the report, just over 13% of them were unprofitable. The share is not that large, but other figures are frightening. More than 60% of all state-owned enterprises operate with profitability of 5% or less. The enterprises of the city of Minsk showed higher indicators, due to which it was possible to bring the average level of profitability of sales in the country by 6.7%. However, considering the inflation rate at the end of 2020, 7.4%, state-owned enterprises' profitability still goes into negative values.

Another significant indicator of the performance of any enterprise is net profit. This is what any business is done for. But, most likely, not state and not in Belarus. All state-owned enterprises' net profit at the end of 2020 amounted to only 242 million rubles, 22 times less than in 2019! Simultaneously, the net income of all large and medium-sized enterprises in Belarus (including private enterprises) is 6.1 billion rubles in 2020. Those. State-owned enterprises, which produce 70% of the entire country's total production, earned only 4% of the Belarusian business's total income.

Stocks of finished products in warehouses are also growing. Thus, in the textile manufacturing industry, they reach 290% of the average monthly production volume and the mechanical engineering and equipment industry - 192%.

It can be assumed that all these enterprises function to save jobs, but this, unfortunately, is not true. Over the past year, the number of employees of state-owned enterprises has decreased by 38 thousand people. And the average nominal accrued wages in dollar terms fell to $ 485 in 2020 from $ 511 a year earlier.

Why do we need them?

Closing all unprofitable enterprises with salaries preserved (payments to employees at any enterprise usually amount to up to 20% of all production costs) and investments in retraining employees will cost much less than sponsoring the full production of obviously uncompetitive products. Why do Lukashenka and all his officials continue to sign decrees on writing off debts to unprofitable enterprises? This is happening at our expense. 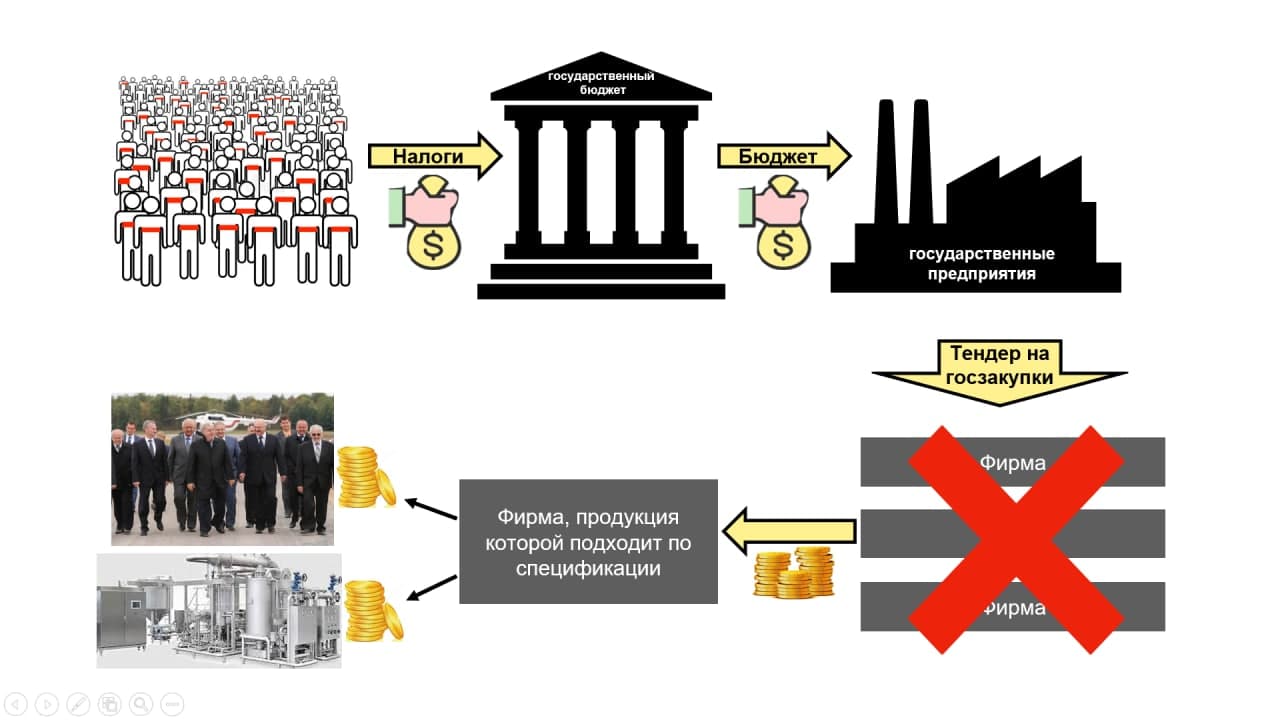 To keep such “industries” “afloat,” the state from year to year spends huge budget funds, which partly end up in the pockets of corrupt officials. The state support itself turns into state debt for the repayment of which the private business's fiscal burden increases.
Thus, Belarusians themselves pay to steal from us.

You can support the work of the fund HERE. 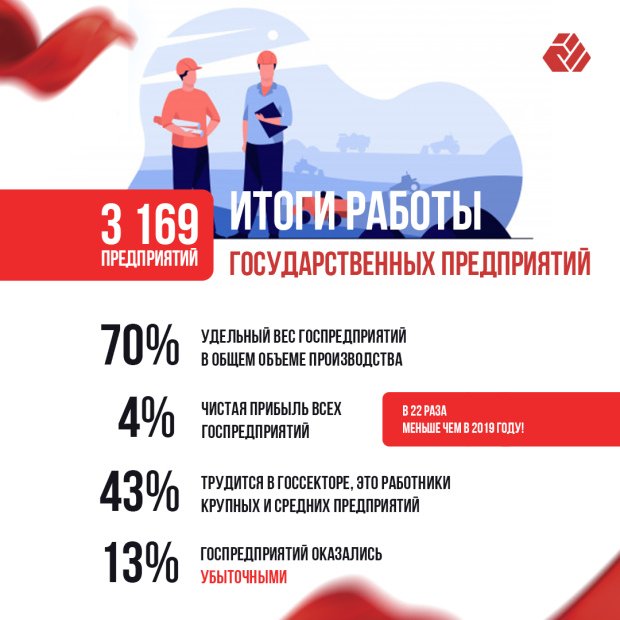