Marina Nikandrina, a lawyer from the "Country for Life" Foundation, within the framework of the "Let's Back to Legal Track" project, talks about possible forms of detention and gives recommendations on how to behave during and after detention in order to minimize the consequences.

The first form is administrative detention.
For example, on the march of the district, or in the courtyard at a tea party. At the same time, the policemen usually do not introduce themselves. They grab people and take them to the nearest police department to draw up a protocol. People can be released from the police station, or they will be taken to the isolation center for offenders (CIP) on Okrestin street or Zhodino at a temporary detention center (IVS). And within 72 hours, if not released, there will be a court, which will appoint an administrative arrest, which is popularly called «a day or a fine.»

It would be best if you appealed the fine. Well, firstly, it can be canceled, and if not, then at least you will postpone the payment for a certain period. Take your time to appeal on the day of the trial. You have ten days from the date of the order. You can also petition the court for a deferral or installment payment of the fine. Templates of applications for appealing rules of the court and other forms of documents that, alas, may be useful to you can be found in the description.

On appeal against the order, if you have been assigned an administrative arrest, not everything is simple. If you were given ten days, there is a chance that your complaint will be reviewed after you are released.

The second type of detention - criminal
You take an active position, and you are detained not at the action but home or near the house. Often, employees of the Financial Investigation Department come to arrest and search. This does not mean that you will be charged for any financial or economic crimes. It is just that there are not enough people in the Investigative Committee, and they turn to the Financial Investigation Department (DFR) with requests for assistance in conducting investigative actions. These usually introduce themselves, show their IDs, and bring them to their DFR. But more often than not, they do not draw up a protocol of detention and do not voice the person's status. He is a witness, an accused, or a suspect. At the same time, the lawyer is not allowed, explaining that the person does not have a status and that no investigative actions are being carried out with him. It turns out that people are in DFR voluntarily for 10 hours.

A few tips on how to behave during detention: It is, of course, difficult to talk about the right in the state where they give a fine for drinking tea in the yard, protesting with a marshmallow, or for red and white curtains. Knowing the rights does not always help in a state that does not respect its citizens, but some employees want to comply with the law, and they need to be reminded about it.

In Belarus, there is also a form of detention that does not fit into either the legal or human framework. We`ll call it "the third form of detention". It can be classified as kidnapping. People in masks come up; at best, they ask to get into the minibus; more often, they drag them into it by force. They put a bag over their heads, and they say, don't worry, we are from the police. And they bring for interrogation, and here advice is not for those detained, but a reminder to those who break the law. The bag on the head in the 21st century does not fit into the legal channel.

But you understand that this legal chaos will end, and you will be judged. And you have to choose which path you will take, and the latter, following a ruthless order, do not forget, the death penalty has not yet been abolished in Belarus.

You can fill out an application for legal assistance following the link. 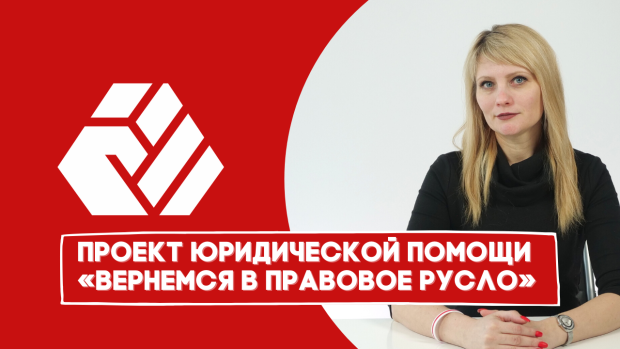