How the Belarusian Constitution changed during the rule of Lukashenko

The first Constitution of independent Belarus was adopted on March 15, 1994. At that time, the Speaker of the Parliament was General Mieczyslaw Grib, who signed the Constitution.

First amendments to the Constitution.
The first amendments to the Basic Law were made in 1995 after Lukashenko came to power. The 1994 Constitution stated that the state language is Belarusian. The Russian language was declared the language of interethnic communication. In 1995, a referendum was held, according to which Russian also received state status. This led to the displacement of Belarusian from use.

Also, the country has a new coat of arms and a flag. Lukashenka was able to dissolve parliament ahead of schedule in the "systematic or gross violation of the Constitution." According to the 1994 Constitution, this could only happen by the decision of the parliament itself. This required at least two-thirds of the votes of the deputies.

In 1996, the president initiated a second referendum, which introduced a new version of the Constitution. Initially, the parliament that formed the Central Election Commission elected the Constitutional, Supreme, Supreme Economic Court, and the Prosecutor General, the Chairman and members of the National Bank Board. After 1996, this became the competence of the president (except for the Constitutional Court).

How else have the powers of the president changed?
Since 1996, decrees have appeared. The president could publish them "out of special necessity." If they were not canceled by both chambers of parliament, where they were submitted for consideration (at least 2/3 votes were required), they entered into force. Simultaneously, it was not allowed to issue decrees that would limit citizens' constitutional rights and freedoms. In 1996, provisions appeared in the Basic Law stating that the president “personifies the unity of the people,” and his honor and dignity are protected by Article 79 of the Constitution.

How has a parliament and its powers changed?
According to the 1994 Constitution, the parliament could be dissolved only by its own decision. Then it was a unicameral Supreme Soviet (260 deputies), elected for five years. The 1995 referendum allowed Lukashenka to dissolve parliament ahead of schedule in the "systematic or gross violation of the Constitution."

In 1996, radical changes took place. Instead of the Supreme Council, a bicameral parliament appeared. It's about the National Assembly, which has been running for four years. It consists of the House of Representatives (110 deputies) and the Council of the Republic (64 deputies). The president appoints 8 deputies to the upper chamber. Another 8 are elected from the Council of Minsk's Deputies and each of the regions.

There was another limitation. According to the new version of the Constitution, "bills, the adoption of which may result in a reduction in public funds, the creation or increase of expenditures, can be submitted to the House of Representatives only with the consent of the President, or on his behalf - the Government."

Who was in control before, and who is now?
According to the 1994 Constitution, there was a Control Chamber, which was accountable to parliament. This body controlled the republican budget, state property, the execution of acts of the Supreme Council, etc. Instead of the chamber, the president created the State Control Committee, the Chairman appointed directly by Lukashenko.

How were local authorities formed before and after 1996?
Back in 1990, city mayors were elected in Belarus. In 1996, the heads of local government were appointed and dismissed by the president. That is, the existence of the presidential vertical was recorded.

President's resignation ahead of schedule: how has the procedure changed?
For early resignation, there is a procedure called impeachment. For impeachment under the 1994 Constitution, votes of at least 70 MPs were required. The reason could be a violation of the Constitution, the commission of a crime by the president, and a state of health. The removal of the president required at least 2/3 of the votes of the deputies. In 1996, the deputies of the Supreme Soviet launched the impeachment procedure and almost brought it to an end. Perhaps this is why a more complex scheme was introduced. One reason for the resignation has disappeared in the new edition, namely, violation of the Constitution.

There were only two options left: the state of health and “committing high treason or other grave crime.” The majority of the lower house of parliament voted for the investigation, carried out by the upper house. Resignation required at least 2/3 votes in each of the chambers. Finally, an important nuance: the decision to remove the president had to be made a month in advance. If the deputies did not have time, the accusation was automatically dismissed. As a result, the procedure looks very complicated to implement.

The 2004 referendum or Lukashenko's “unlimited” power.
In 2004, the third referendum was held. ​After it, Lukashenko was able to stand as a candidate for the “election” an unlimited number of times. Whereas according to the 1994 Constitution, "the same person can be president for no more than two terms."

For 26 years of Lukashenko’s rule, even a trace of such legal consciousness has disappeared. In the first years of the dictatorship, Lukashenka and the post-Soviet vertical that accepted him tried to change the right for themselves. Now the place of the Soviet partocrats was taken by fanatics who hate the very idea of ​​law. No matter how dictatorial, vertical, and "telephone" it is.

Now it makes no sense to wait for the return of the bureaucracy to the legal field. So we need to restore justice ourselves. Here and now. 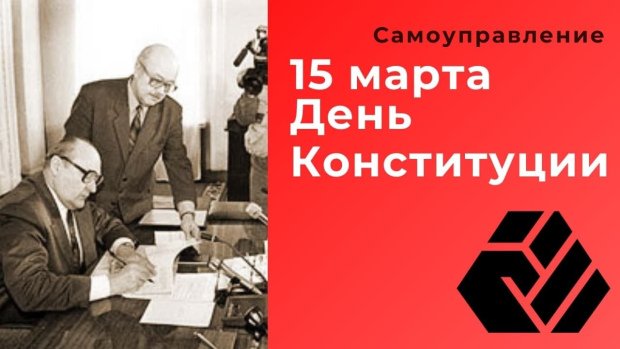