Billions of debts of Belarusian enterprises

"A Country to Live in" foundation could not ignore the fact that the Ministry of Finance published information on lending to Belarusian companies in the public domain. The Fund's economist Alisa Ryzhychenko was horrified by the figures indicated in the statistical collection.

We have already told what the huge accounts receivable of enterprises lead to - to the loss of working capital. Naturally, conducting economic activity without working capital is not possible. Enterprises are forced to apply for short-term loans.

So, since the beginning of last year, the debt on loans in national currency only by manufacturing enterprises has increased by 77%! But there were not so many people willing to issue long-term loans. The volume of debt on long-term lending to all enterprises over the past year increased by 23%, and this can be explained by a general decrease in the solvency rating.

As of March 1, 2021, the total debt on loans of all Belarusian enterprises amounted to more than 42 billion Br. The leaders of the anti-rating were the representatives of the manufacturing industry - in their liabilities more than 22 billion Br (here loans issued in national and foreign currencies are taken into account). Since the beginning of last year, the debt of manufacturing enterprises in the national currency has grown by 46% and amounted to Br 6.8 billion. Almost 4 billion is a debt on short-term loans, which must be repaid within a year. This is followed by wholesale and retail trade, car and motorcycle repairs - loans in national currency amounted to almost Br 3.5 billion, agriculture, forestry, and fisheries - more than Br 2.2 billion.

The leaders in foreign currency debt are the chemical industry and oil refining enterprises. During the year, they need to pay 867.4 million US dollars. At the same time, "Naftan," the largest oil refinery in our country, is going to take a new loan of $ 500 million for the construction of a new ethylene-propylene unit for the "Polymir" plant, which has been merged with "Naftan" since 2008. The construction of this unit is "vital." Otherwise, "Polymir" will have to be closed.

On average, Belarusian enterprises spend 27-29% of their proceeds on loan repayments, with no more than 10% being considered the norm. That is, many are deeply dependent on lending. For example, the enterprises of Novopolotsk spent almost 6.5 billion Br to repay loans last year alone. At the same time, the total proceeds from the sale of products, goods, works, services in 2020 amounted to Br 8.4 billion throughout Novopolotsk (almost 80% of the annual proceeds)!

Billions of debts cannot but horrify. Many city-forming enterprises work only to repay loans and pay wages. In such a situation, there can be no question of any regional development. And all this happens only because the country is run by a person who has no idea how the economy should develop. And people holding high positions in ministries, instead of performing their direct duties, do nothing but nod their heads approvingly in response to all Lukashenko's crazy ideas. 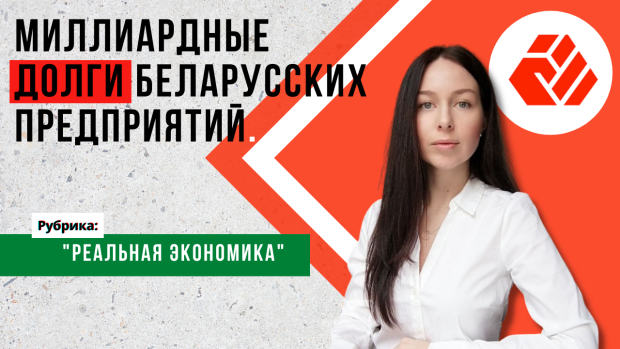