From Magdeburg law to dictatorship and back

Over the past months, you and I have not been able to gather in our yards. Because as soon as we get ready, bandits in masks arrive, grab us and take us to the District Department of Internal Affairs (RUVD) and the temporary detention center (IVS). And then they put people in jail for days and give huge fines.

And now they have a new system. Fines and days in jail are no longer enough - for drinking tea in the courtyards are brought to criminal responsibility.

But years ago, on the territory of Belarus, everything was completely different. We had self-government.

Let's take a look at the distant history. In the 15th century, the Magdeburg Law existed - one of the most famous city government systems. The cities received their legal, economic, socio-political, and property independence from the feudal lords. Therefore, people lived more freely, lived better.

Magdeburg Law was obtained in 1499 by Minsk, which was part of the Great Duchy of Lithuania. During this period, the right to self-government of cities began to spread throughout modern Belarus territory. Minsk was not the first of the medieval Belarusian cities. Before this, the right to self-government was assigned to Brest, Grodno, Vysoky, Mogilev, and others. Magdeburg Law existed until the complete annexation of Belarus to the Russian Empire. And it was liquidated after the uprising of 1830.

In 1831, by decree of Emperor Nicholas I, Magdeburg Law was officially abolished throughout the empire. And the former building of the Minsk Town Hall, which later housed the magistrate, the music school, and the theater, was demolished in 1852 (it was restored only in 2003). Tsarist Russia and dictatorship replaced self-government. That's when we were deprived of the right to choose, and they still do it.

But we will talk about this next time. 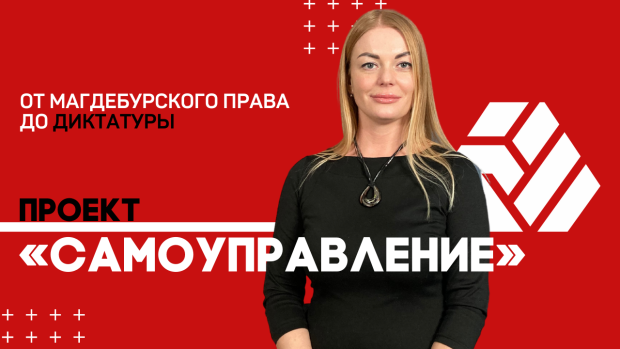