"Let's back to the legal track." Let's talk about the search

In modern Belarus, such things as detention, courts, and punishment types have become relevant and commonplace. Today we will talk about the search procedure.

If they came to you with a search, this does not mean that you are suspected of a crime. They can come to any person if there is reason to believe that there is a crime or things related to a house's crime. If a neighbor calls and says that you have a flag, this is certainly not an instrument of crime. Nevertheless, in the current Belarusian realities, the police are rushing to eliminate this dangerous object.

So, they came to you.
Now the number of searches is increasing, the level of repression is growing. But it is impossible to change the consciousness of people and to force oneself to love by fear. They can conduct 1000 searches, confiscate 1000 flags, but the authorities will not stifle people's will to freedom from the totalitarian regime. 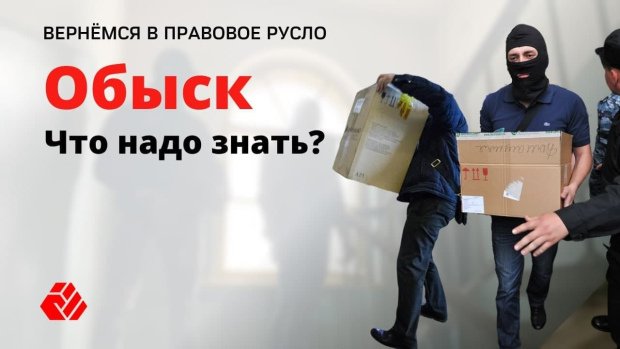