"Five hundred" for everyone

An expert in the area of public administration and international development, Master of Economics Alisa Ryzhychenko, talks about the sacred Belarusian "five hundred."

Lukashenko has promised us decent wages for several years already (or rather, $ 500 for everyone). And so, he almost succeeded, at least on paper. According to the Belstat data for the year (they are published on the agency's website in the form of such a table), Belarus earns 1250.9 Br on average. But there is a nuance. This is the nominal wage, from which it is necessary to deduct 13% of the income tax and 1% to the social security fund. In total, we get 1075.7 Belarusian rubles in our hands, which at the exchange rate of $ for 2020 was $ 440. Moreover, this is the salary in the whole country. There are regions where the situation is worse. 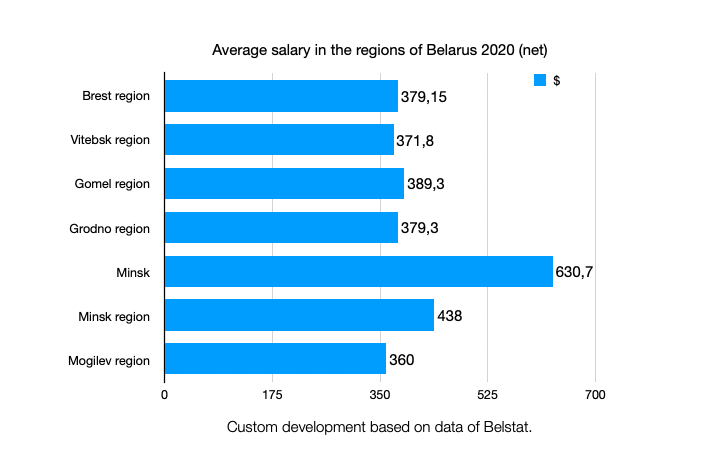 In 2020, residents of the Mogilev and Vitebsk regions received the lowest salaries. After deducting taxes and converting this amount into foreign currency, we get $ 360 and $ 372, respectively. Another interesting fact about Belarusians' real disposable income is that almost half of the population (46.4%) have at their disposal less than 500 rubles for living a month (approximately $ 190).

It is not entirely clear how Belstat managed to bring such a high level of the country's average salary. Maybe it's the huge incomes of officials and heads of state enterprises? Whereas the salaries of ordinary people are still meager.

Given the country's economic situation, Belarusians' belief will someday receive $ 500 each is weakening every day. The worst thing is that the political and economic crisis leads to a further decline in the population's real incomes.

Now let's look at salaries in the “decaying” West. Things do not look so rosy for our neighbors due to the coronavirus pandemic and the countries' constant restrictions. However, the Belarusians can only dream of such salaries as long as the Lukashenko regime is in power.

Poland. According to official data from the Polish Central Statistical Office, the country's average wage level for 2020 after deducting all taxes was PLN 3,847.48 or $ 915.

Latvia. According to the Latvian Central Statistical Bureau's official data, the average salary in Latvia in 2020 after all taxes has been paid is 793 euros, equal to $ 931.

Lithuania. In Lithuania, the country's average salary for 2020 was about 915 euros after deducting all taxes. In terms of dollars, we get $ 1074.

Germany. StepStone's detailed wages report in Germany for 2020 states that in 2020 the national average wage was 4,898.75 euros before taxes. After all the deductions, German citizens receive about 2,885 euros per month, which in dollars is $ 3,475.

Earlier we compared prices in Belarus and neighboring countries. For those who are too lazy to follow the link, recall that they are quite comparable. The difference in salaries is visible to the naked eye. 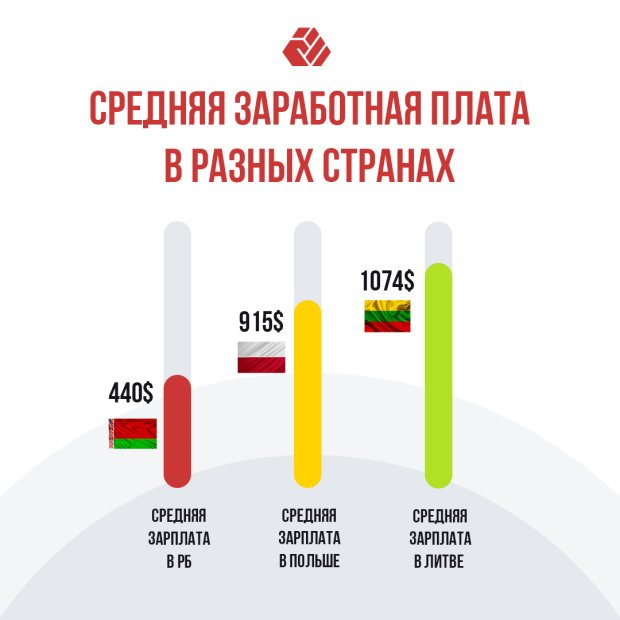