Results of the shelter's work in Vilnius

For three months (from December 5, 2020, to March 5, 2021), a shelter for refugees from Belarus worked in Vilnius with "A Country to Live in" foundation`s support.

Our compatriots, who fled from the criminal Lukashenko regime's persecution, could take a breath within these walls and recover from the nervous and dangerous post-election months. The Belarusians were accommodated here absolutely free. In a new place, they got the opportunity to sort out documents in a calm atmosphere, look for work or study in Lithuania, or think over their actions in advance. After all, most of the refugees did not plan to leave. Many people found themselves on the shelter's doorstep with a backpack, which contained a spare pair of pants, a hoodie, personal documents, and nothing else.

During the shelter's work, 17 people lived in it, including 5 children, 3 students, 2 elderly Belarusians. These were both families and lonely people, both activists of the headquarters and ex-employee of the Ministry of Internal Affairs. They were united by the fact that they were in dire need of help. In Belarus, these people were persecuted by the repressive apparatus. Volunteers of "A Country to Live in" foundation met many of them right at the border and immediately brought them to the shelter. Someone stayed within its walls for only a month, someone for all 90 days.

"A Country to Live in" foundation allocated funds for the operation of the shelter. Residents were provided with everything necessary: ​​dishes, bedding, and personal accessories, etc. Belarusian diasporas helped pay for food.

Gradually, the flow of those who fled from Belarus to Lithuania dried up. The dictator closed the borders with the outside world, explaining this with the requirements of infectious safety (although six months earlier, he had assured everyone of "coronavirus psychosis"). Some managed to leave Belarus. Some did not. Some of those against whom the cases were instituted deliberately stayed at home.

The shelter in Vilnius stopped working but fulfilled its main function - it gave shelter to people who were in dire need. And it also united people for whom it became home for a while. Now there is no need for its work. Most of the Belarusians who fled the country from the authorities' persecution found work and housing in Lithuania. Some are temporary. Some are permanent. But if necessary, the shelter in Vilnius will once again hospitably open its doors for refugees from Belarus.

Although we believe that there will be no such need, we dream of an early return home - to a country in which there are no political prisoners, the police and the security apparatus protect, not torture people, the courts are independent and impartial. The president is just a hired worker and not someone who imagines himself “above god.” 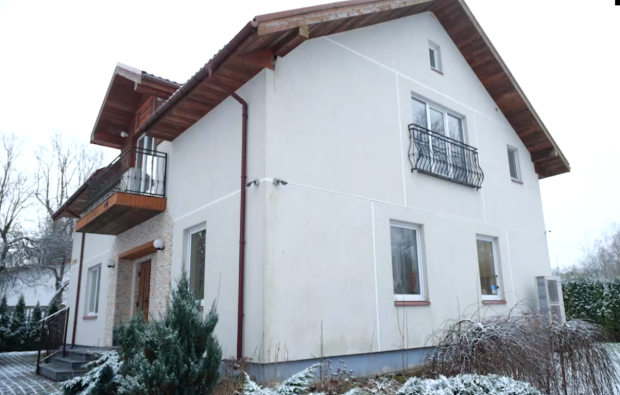