Sergey Tikhanovsky became one of the triggers of the Belarusian Revolution. The stream, which he has been leading since 2019, showed how Belarus under Lukashenko differs from the country in which we would like to live. Today we will tell you about Alexander Gapankov. He became the hero of one of the streams of Sergey Tikhanovsky. Sergey inspired Alexander not to give up but to fight for a better Belarus.

How to introduce you?

Alexander Gapankov, a friend of Sergey Tikhanovsky, an ordinary Belarusian who wants to live in "a Country to Live in."

Where are you from, how old are you, what did you do, where did you work?

How did you meet Sergey?

I was advised back then, a small but interesting YouTube channel, "Country for Life." I looked and liked it. I wrote to Sergei, later met, and began to communicate constantly.

Why did you decide to join his team?

Because he is a person with a capital letter, he says the right things sincerely without falsehood in simple, accessible words.

What is Sergey in life?

A straightforward, open, good-natured person. When he lived at his dacha near Gomel, he showed himself to be a hospitable person.

How does he catch?

Yes to everyone: by simplicity, openness, at the right time will say the right words, literacy.

What does "A Country to Live in" mean to Sergey?

This is his life, soul, another child.

It was on January 29, 2020. I came to the regional court of Gomel to support Sergey during the appeal. After the trial, we went to his studio. I offered to go to Dobrush, he refused for a long time, saying that there was a lot of work and what to do there. I said: “Let's go. We’ll lose a maximum of an hour, and what difference does it make to you if I drive you in my car.” Go. As a result, it turned out to shoot the hit of the channel about Figa Fedorovna.

A country for life for you - what is it like?

This is the law, freedom, people are happy.

How did your fate develop after Sergey's arrest?

He was a confidant of Svetlana Tikhanovskaya.

Why did you leave the country? What are you doing now?

What does everyone need to do to win?

Stop being afraid, take off the shackles of a slave, breathe freedom.

You can help the work of "A Country to Live in" foundation HERE.
SHARE: 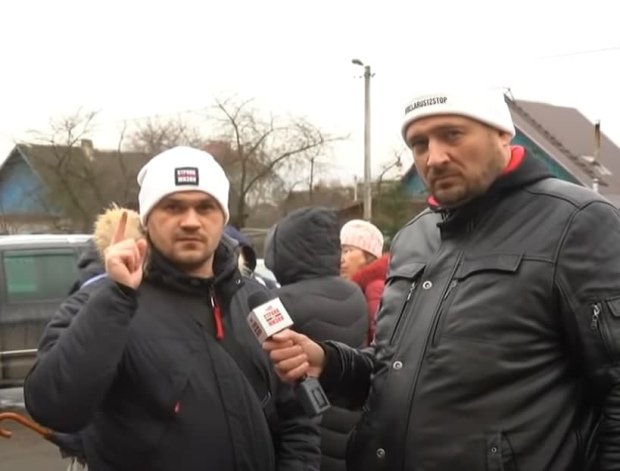