Sofia Tikhanovskaya: “I have only one dream - to see my son, to see my grandchildren”

Soon it will be a year since Sergey Tikhanovsky is in prison. He was detained on May 29 in Grodno. Since then, his wife and children and his elderly mother have not seen him.

Sergey Tikhanovsky became one of the triggers of the Belarusian protest. And his YouTube channel is a tribune for popular dissatisfaction with the authorities' actions at different levels. Almost a year has passed, and the trial of Sergei Tikhanovsky has not yet begun.

We talked with Sofia Tikhanovskaya, Sergey's mother, waiting for him at home in Gomel.

- Tell us about yourself?

Then I went to Gorki. I had to work somewhere. I laid the material - they sewed quilted jackets. And at the same time with work, I went to study at night school. I work during the day after that I go to school in the evening.

Then I entered the Gorki Agricultural Academy. When I was studying at the academy, I met a guy. And so we got married to him. While he was finishing his studies (I graduated a little earlier), I worked in Gorki. We have a son.

Life did not work out for me with my husband, and I left him. I worked in "Giprozem" - I got a one-room apartment in Gomel. And there, Sergey went to kindergarten and school.

- As a child, the son was a good boy. I worked - even went on business trips. He cooked food - cleaned. I came - he even fed me. He treated me very well.

He did well at school. He was friends with one boy who had a dog. And so he and a friend walked with this dog.

- After school, where did Sergey go to?

- To the Francysk Skaryna University. Graduated from it. Then there was the SP. He worked and helped me. So we lived.

- He's a good song. He cooked food, helped clean up. We went to the village - he helped both dig and sow. I helped to mow and help graze the cows. My sister had six children, and there is a large household. Both horses and pigs. And he always had enough work. He was always busy.

- How did you react to the fact that Sergey began to run his own YouTube channel?

- Immediately, I had a positive attitude. I think this is a good thing.

- Weren't you afraid that Sergey criticized the authorities?

- I used to say that it is not necessary to do this. And now, in connection with what happened {the arrest of Sergei Tikhanovsky, other political prisoners, a wave of violence in Belarus}, I believe that Sergey acted correctly. Because if this has been done and is being done, it is necessary to talk about it.

- And how did you react to Sergey's decision to run for president?

- Somehow, at first, it was not very positive. Now I am in favor of Sergey's decision. Why should we ever have one president for life? He has been in any country for several years - they change him. What do we have? All people are bad. Only one person is good?

I understand that since our president has been in power for 27 years, it's time to retire. Already a great age. I think that's right.

- How have you lived for a year since Sergey's arrest?

- I have not only lived, but I have also suffered. I lost my health. I can't sleep. I eat almost nothing. Very, very hard.

- What hurts the most this year?

- When these searches took place at the dacha. What was done, how was it done ...

I felt horrible. The pressure was rising. I didn't understand what I was saying, what I was doing, where I was going.

- Were there any events that made you happy?

- No, that was not the case. And I don't know when it will all end. And how to live, and how it is. I can neither walk nor lie down - my health is very, very difficult.

My heart began to ache very much. Such a state that you go out - you don't even know where you are going. How can an older person be treated and brought to such a state?

- Do you communicate with your grandchildren?

- Yes. The grandchildren also miss their dad very, very much. They miss him very much. The youngest, Agnia, keeps asking when dad will come when she will see him.

Then I cry and can't calm down. I don't know what to say to the child. When will it be? Tell me, when will the children be able to see it?

- Do you have a dream today?

- I have only one dream - to see my son, to see my grandchildren. Hug them, talk, be with them at the dacha. I really miss them. I don’t know how to endure it, and I don’t know when I’ll see them. Help me.

I miss my son very much. I dream of seeing him, and I hope that it will happen soon. 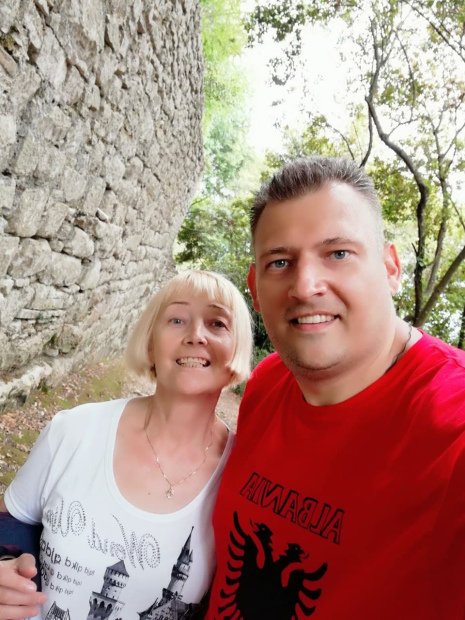