"New life and love are born in pain"

“I have been sitting for the second year now, and I am happy that our people are doing well. They go to work, study, and continue to live. Things are not so rosy in prison. "

In 2019, Sergey created "A Country to Live in" channel, which is less than a year, became the most popular in the Belarusian YouTube segment. The blogger actively traveled to the regions of Belarus, met with subscribers, interviewed them, during which residents talked about their problems.

Tikhanovsky expressed a desire to run for president, but just before the start of the election campaign. He was arrested for organizing an unauthorized event. Then his wife, Svetlana Tikhanovskaya, submitted the documents, and she was registered.

Sergey was detained on May 29, 2020, in Grodno during a picket to collect signatures. In March of this year, the Investigative Committee completed the investigation of the criminal case against blogger Sergey Tikhanovsky, leader of the unregistered association “Narodnaya Hramada” Mikalay Statkevich and their associates.

Sergey Tikhanovsky was finally charged under the following articles of the Criminal Code:

Today, on June 24, a closed trial began in the high-profile “Tikhanovsky case.” The trial takes place in the building of the Gomel pre-trial detention center. Probably, this format was chosen so that none of the relatives or simply sympathizers could attend the hearings.


Friends, let`s support Sergey with letters - this is very important for political prisoners! Remember that our indifference, or the desire to forget the events of the last year, only plays into the hands of the criminal regime. But solidarity and mutual support work wonders.

Let's make sure that the suffering of thousands of Belarusians is not forgotten so that those in prisons do not lose hope! 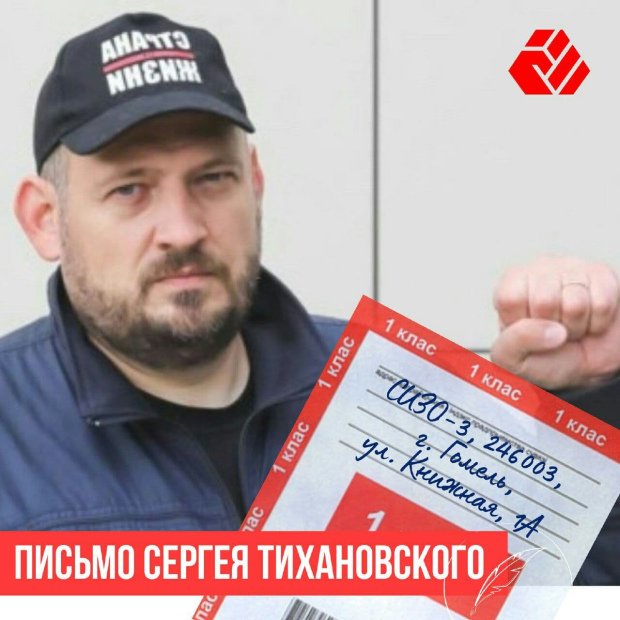