Closed trial in the "Tikhanovsky case"

On June 24, a closed trial of political prisoners Igor Losik, Dmitry Popov, Artem Sakov, Nikolai Statkevich, Sergey Tikhanovsky and Vladimir Tsyganovich began. The trial will take place in a pre-trial detention center in Moscow. Gomel, where all the defendants in the case were convoyed.

The process was declared closed, and will be held in a pre-trial detention center on the basis of the decision of the Gomel Regional Court with the wording: “in order to ensure the safety of the participants in the process and to protect the secrets protected by law”.

The practice of the mobile court is not new for Belarus. There are several reasons why this option is used:

The pre-trial detention center belongs to a security facility, which means that even the announcement of the verdict will be almost impossible for relatives or simply sympathizers.


It is difficult to legally comment on the Stalinist troikas and the "trial" data. Unfortunately, Belarus is moving further and further from civilized procedural standards and is on a par with the most odious regimes on the planet - Venezuela, North Korea, Myanmar. And Lukashenko raids in the sky, frightens with illegal migrants and dreams of handing out weapons to his yabatskis - he probably wants to arrange Somalia in the center of Europe.

Nothing, except fear of these strong and unbroken men, can be argued for a closed trial, and even in a pre-trial detention center. And these “judges” also have a great fear that the Belarusians will look at them and again remember that we are a NATION. 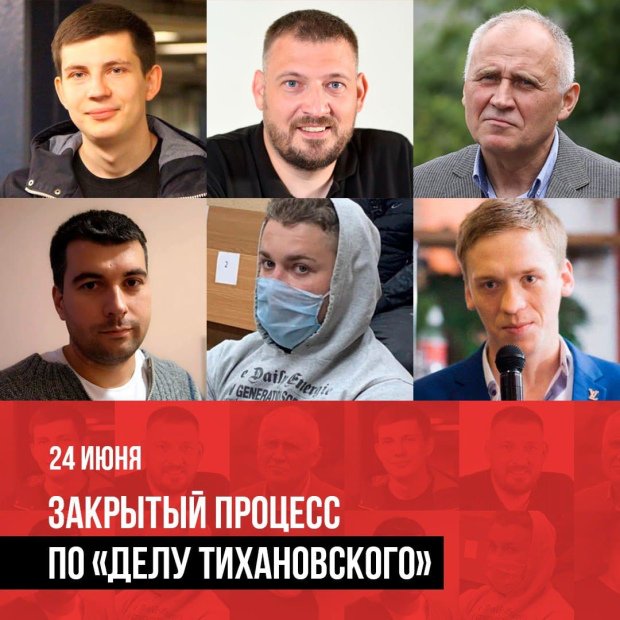