22 years since the disappearance of Yury Zacharanka

Today marks 22 years since the abduction and, probably, the death of the former Minister of Internal Affairs Yury Zacharanka. He entered politics in 1994 and was one of the members of Lukashenko's team that won the presidential election. A year later, their paths diverged - Zacharanka found himself in open opposition. And on May 7, 1999, he disappeared.

His fate has not yet been established. A mother was left without a son, a wife without a husband and a daughter without a father.

A criminal case into the disappearance of Yury Zacharanka was initiated only four months later - in September when ex-CEC chairman Viktor Gonchar and businessman Anatoly Krasovsky disappeared under similar circumstances.

A year later, cameraman Dmitry Zavadsky was abducted at the airport.

All these disappearances are associated with the “death squads” that operated in Belarus at the end of the 90s. It is assumed that they were originally created from the soldiers of the security forces in order to destroy the members of the organized criminal group. After several demonstrative executions of criminals, the security forces switched to the destruction of Lukashenko's political opponents. The commander of these detachments is called special forces soldier Dmitry Pavlichenko, the initiator of the creation is Viktor Sheiman, at that time the State Secretary of the Security Council of the Republic of Belarus.

The investigation into the disappearances of Yury Zacharanka, Viktor Gonchar, and Anatoly Krasovsky was suspended in 2003. Although earlier, in 2000, Pavlichenko was imprisoned for a short time. He left there three days later with the assurance that "he will comply with any order of the president." But KGB chairman Vladimir Matskevich and Prosecutor General Oleg Bazhelko after Pavlichenko's arrest lost their posts.

Obviously, for some reason, Lukashenko is not interested in the death squad members being in the dock. Perhaps then the names of those who ordered the disappearances of his political opponents will become known.

The story of Yury Zacharanka was continued in 2019 when a former colleague Yury Garavsky appeared in Switzerland. He said that he was directly involved in the kidnapping and murder of the politician and other missing people.

In Belarus, this recognition was released on the brakes.

22 years have passed since the disappearance of Yury Zacharanka. This is a huge period on the scale of one family, but insignificant within the framework of history. Sooner or later, the kidnappers and customers of the missing politicians will be identified. This will not return the relatives of their fathers and husbands, but will finally allow their loved ones to be released. And also to look into the eyes of their executioners at a fair trial. Who knows who the main defendant will be.
SHARE: 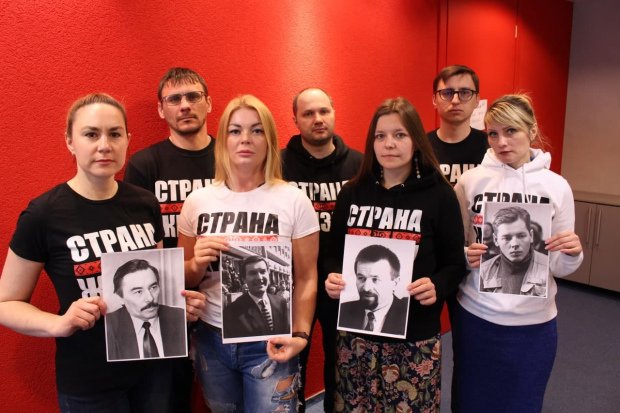