Since August 2020, the shadow of lawlessness has covered the entire country. The IVS in Mogilev, where the rules of the penitentiary system of Belarus were previously observed, also switched to the "sometimes not up to the law" regime.

From the very beginning of the events in Belarus, and no less than a whole year has passed, the temporary detention center in Mogilev was strikingly different from other similar institutions in our country. Even in August, when Akrestsin was drowning in blood, it was quiet in the Mogilev IVS. Hundreds of Belarusians were serving administrative sentences there, mainly from Mogilev and the Mogilev region. According to those who were there, all the rules were strictly observed - transfers, walks, medical assistance.

Since December, the rules for receiving transmissions have been tightened. This is probably because it was at this time that about 300 Minsk residents were brought to Mogilev, convicted under Article 23.34 (old edition of the Code of Administrative Offenses). Someone decided that the Mogilev IVS is a "pioneer camp" in comparison with other isolation wards. Still, human rights activists have not received any other facts of violation of the rights of people serving arrest.

Freedom Day has become a new starting point. It was from that date that terrible things began to happen in the IVS. According to those who left after the arrest, the inmates are not given mattresses and pillows, let alone bed linen. The lights are constantly on in the cells - the prisoners are practically not allowed to sleep, which can be equated with torture according to all international standards. During the examination, the prisoners are taken out into the corridor and stripped naked. And so every two hours.

There were cases when people were poisoned with bleach in the cells. Now, if they go for walks, it is only in handcuffs. At the court sessions, which are held on Skype, the defendants are also handcuffed. During the trial on Skype, the journalist Alexander Burakov, sentenced to 20 days, said about this bullying. He and his colleague Vladimir Laptsevich went on a hunger strike. Lawyers are not allowed to visit journalists.

Who is behind these atrocities is unknown. And we do not know all the terrible details of what is happening outside the walls of the IVS in Mogilev. But communicating with those who went through bullying and torture, we can confidently say that people are broken. They need the help of psychologists.


Men talking about what happened there hide their tears. And that says a lot. We can only hope that Vladimir Shantsev, Alexander Burakov, Vladimir Laptsevich, and Oleg Aksenov will have the strength to withstand all this. And that everyone will know about this blatant lawlessness. We must not be silent! 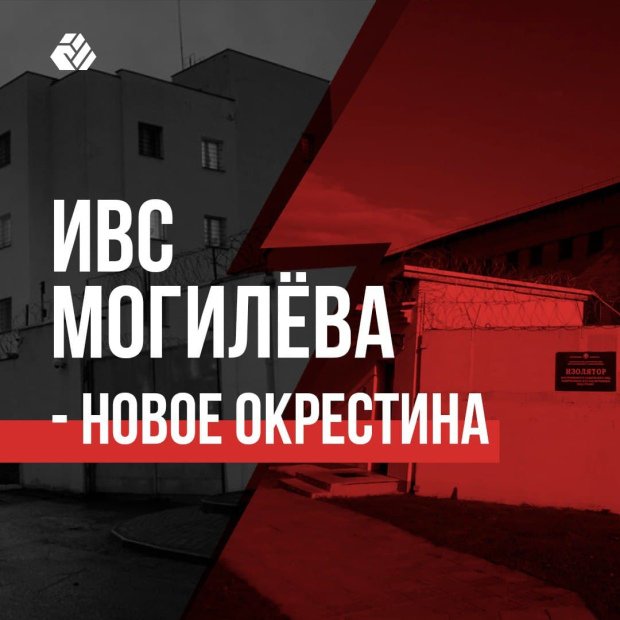