What is the price of a lie? Belarusian nuclear power plant

Nuclear activist Andrey Ozharovsky and representative of "A Country to Live in" foundation Tatiana Sivachenko discussed the construction and commissioning of a nuclear power plant in Ostrovets.

Andrei Ozharovsky considers BelNPP to be a political project of Russia, which ties Belarus to itself even more economically (instead of Russian gas, we will buy Russian uranium).

The commissioning of the BelNPP means an increase in the debt of Belarus. Two years later, we will start paying Russia money for construction ($ 10 billion).

Another important aspect is safety. The type of reactor installed in Ostrovets is not considered safe. Moreover, even if it works in a trouble-free mode, radionuclides will still get into the environment. For Belarusians, who were especially badly affected by the Chernobyl disaster, even small doses of radiation can be dangerous.

It is not clear what to do with the generated electricity. The Baltic countries refused to buy it; Belarus does not need such an amount of electricity for the needs of Belarus. 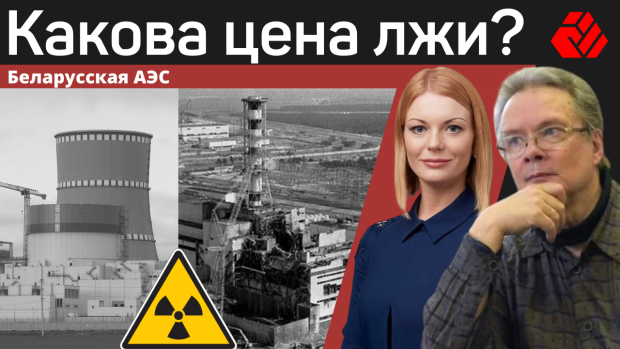