New repressions in Belarus. How much longer will we endure?

Belarus today lives in an inverted world, in which good is evil, black is white, and the truth is a lie. In such a situation, Lukashenka, with his perverted mind, feels like a fish in water. This makes it easier for him to control and manipulate, hold on to power, and retain the remnants of legitimacy in the face of the complete discrediting of the current government.

The President of the OMON strives to make everything around him fake and fake - the same as himself. To do this, he destroys not only those who dared to encroach on his power but also any islands of dissent.

Today it is the turn of human rights defenders and representatives of non-profit organizations. The Belarusian third sector has never known such a massive wave of arrests, searches, and confiscations.

The Friday arrest of the volunteers of the “A Country to Live in” foundation, who carried parcels to political prisoners (in today's Belarus, this is a crime), was, as it turned out, just a warm-up. This Wednesday came to all significant non-profit organizations, including regional ones. The list is impressive: HRC “Vesna,” “Imena,” “Belarusian Helsinki Committee,” BAJ, Union of Belarusians of the world “Batskaushchyna” and many, many others.

And this is not a one-time action - but a continuation of the policy of lukashenka, who continues to burn out Belarus. Earlier, the majority of independent media, including the country's most popular Internet portal TUT.BY and the largest Belarusian-language publication "Nasha Niva," fell under the same powerful press.


These are all manifestations of weakness. Lukashenka acts like a surrounded fascist, destroys all living things around him. He knows he doesn't have much time left. So he seeks to raise rates and do as much harm to Belarus and Belarusians as possible.

The spiral of violence continues to unfold. More and more outrageous laws are being adopted, more and more people and civil institutions are being attacked. The level of absurdity is off the scale. I wonder what will happen next - public executions for appearing in white and red clothes, or patrols, identifying dissidents on the streets by facial expressions.

We must ask ourselves a simple question - how far will we allow the dictator to go in his crazy idea to subjugate and suppress the whole of Belarus? Naturally, the answer depends only on us, Belarusians.
SHARE: 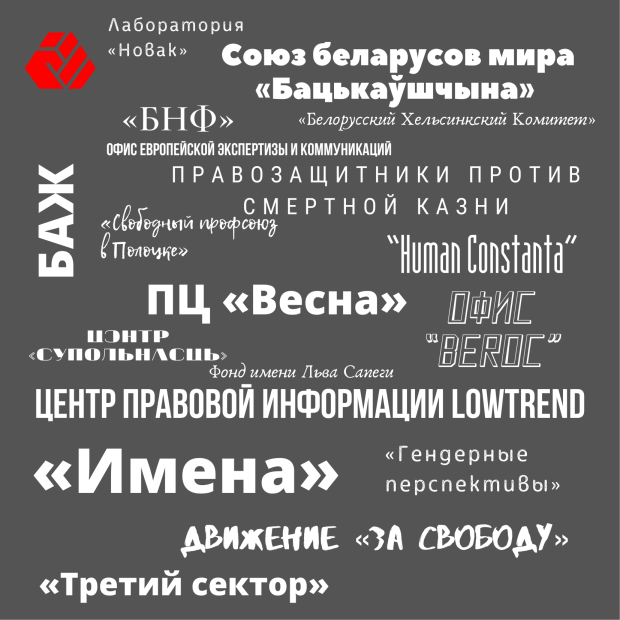