Another legal bottom in Belarus

Decree No. 2 of May 9, 2021, "On the Protection of Sovereignty and the Constitutional System," is another legal bottom.

This decree contradicts Article 81 of the Constitution, which states: Elections for the President are called by the House of Representatives no later than five months and are held no later than two months before the expiration of the term of the previous president. If the president's office turns out to be vacant, elections are held no earlier than 30 days and no later than 70 days from the day the vacancy was opened.

There are also contradictions with Article 89 of the Constitution: In the event of a vacancy of the presidency or the impossibility of fulfilling his duties on the grounds provided for by the Constitution, his powers are transferred to the Prime Minister before the newly elected President is sworn in.

The articles of the Constitution clearly state by whom the elections are appointed and to whom powers are transferred in the event of a vacant presidency. This decree is unconstitutional even within the framework of the current Basic Law, which was written under Lukashenko.

However, the person who rigged the elections, terrorizing his people, obviously has no time for laws.

But the law will triumph, and this citizen will certainly be judged.


The date of signing the decree is also indicative. On May 9, Victory Day, the dictator once again wiped his feet on the Basic Law of our country. Lukashenko constantly thinks about leaving the presidency, which is tantamount to death and violent at that.

And after his death, he sees not the people in power in Belarus, but the Security Council - a group of his supporters from among the security forces and officials, in fact, the junta. This is also hinted at because, after the dictator's death, a state of emergency or martial law should be immediately introduced on the country's territory. As if it will prevent Belarusians from celebrating.

Let's see if Lukashenko's unconstitutional fantasies can come true. Believe it or not - the Belarusian people have more than once unpleasantly surprised the dictator.

But Lukashenko cannot surprise us with anything. Is that his voluntary resignation from the presidency.
SHARE: 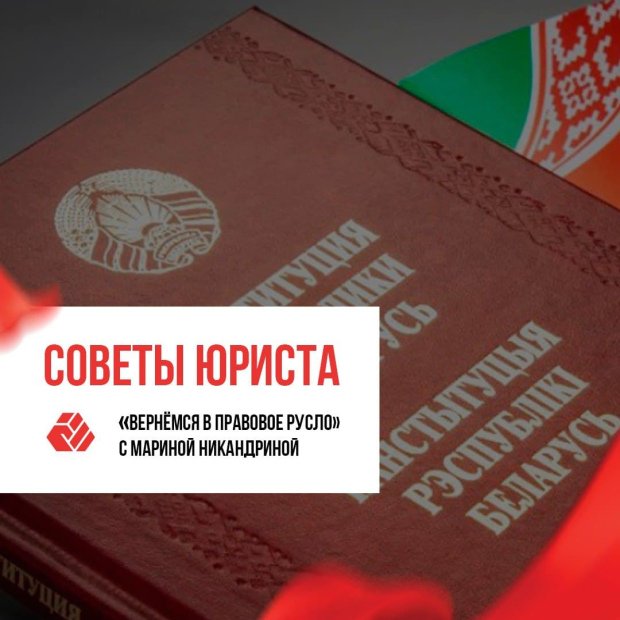