In the Mogilev colony, psychological and physical pressure is being exerted on Artyom Anishchuk, who was sentenced to 2 years in a general regime colony in the case of "damaging the car of a policeman's wife."

As a result of this abuse, Artyom attempted self-harm: "He swallowed metal objects to avoid further torture." However, according to the information we have, Artyom was not provided with medical assistance - he underwent only fluorography and was also beaten again.

We receive news from Artyom Anishchuk of the beating again: as he told his lawyer, the head of correctional colony No. 15 is personally beating him.

Also, Artyom Anishchuk was forced to write letters to his relatives under dictation that everything was supposedly fine and to declare refusals to meet with a lawyer.

We demand to stop the violence against political prisoners!


We also ask all who are not indifferent to sign a petition supporting political prisoner Artyom Anischuk.

And we want to remind the executioners in uniform about responsibility. It will come anyway.

Concentration camp employees once also “just did their job” and then ended up in the docks and begged to have their trials closed.
SHARE: 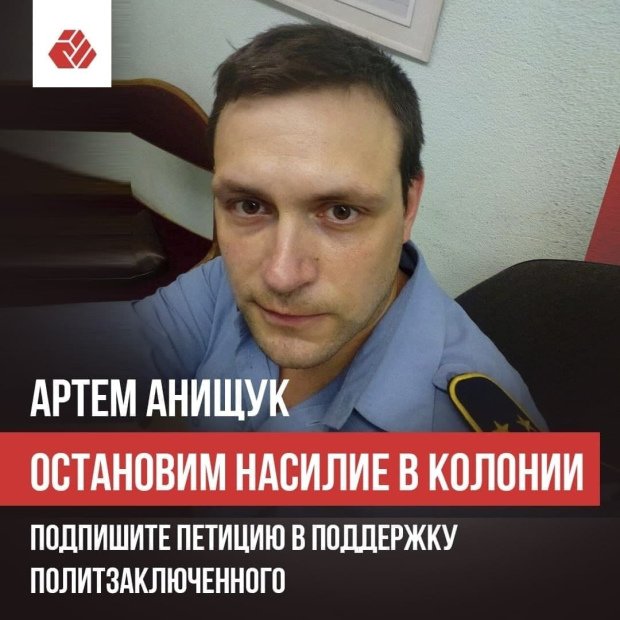