For the ninth day, the musician from Grodno Igor Bantser continues his dry hunger strike. It began on March 3, the first day of Igor's trial. He faces three years in prison on charges of hooliganism.

We, employees of "A Country to Live in" foundation, call on officials and security officials to stop ruining their own and other people's lives in the criminal government's name and start a dialogue with civil society!

You have already forced Igor to go on a hunger strike against lawlessness and violence to remind all of us that everything is in our hands!

In his letters, Igor writes: "Either victory or death." And we say that we must not allow another death among our people!

Igor is the frontman of the street punk band "Mister X" from Grodno. In the city above the Neman, he is engaged in cultural and social activities. He is married with two children. He is a vegetarian, does not drink alcohol, adheres to anti-fascist and anti-racist views, and is also disgusting to the invaders!

We demand the release of Igor and all political prisoners! And we also urge you to make this case public, and everyone come tomorrow at 14:30 for the "trial." It is possible that already over a dead person. 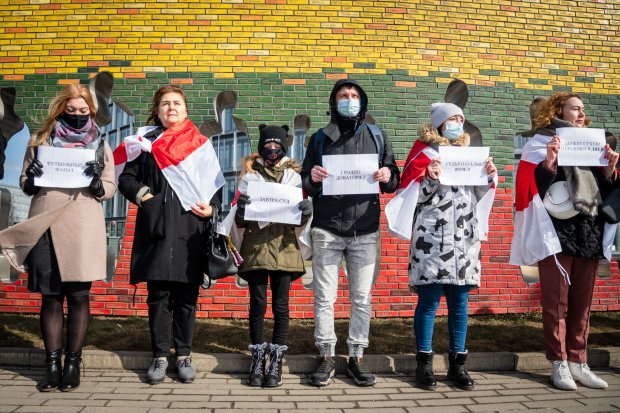