Stepan Latypov is an arborist, director of "Belarbo" company, a house resident near the so-called "Changes Square" in Minsk.

He was detained by riot police officers on September 15 in Minsk in the courtyard of a residential area on Chervyakova Street. His apartment was searched.

On September 19, several state-run media outlets aired a piece claiming that Stepan Latypov was suspected of organizing an illegal channel to supply hazardous chemicals to the country and intending to use poisonous substances against police officers.

However, in the final charge, these data did not appear.

The trial of Stepan Latypov began on June 1. He was brought to the Sovetsky District Court of Minsk with bruises and a bandaged hand. During the trial, Stepan Latypov said that he was tortured in a pre-trial detention center and was put in a so-called “press-hata.” In addition, Belarus attempted suicide right during the trial, piercing its throat with a pen.

Doctors saved his life and operated, but Stepan was taken out of the hospital and placed in custody again the very next day.

Friends, let's support Stepan Latypov with letters. Remember that this is critically important for political prisoners! Come to the court session in support of Stepan Latypov - a citizen and patriot of Belarus! 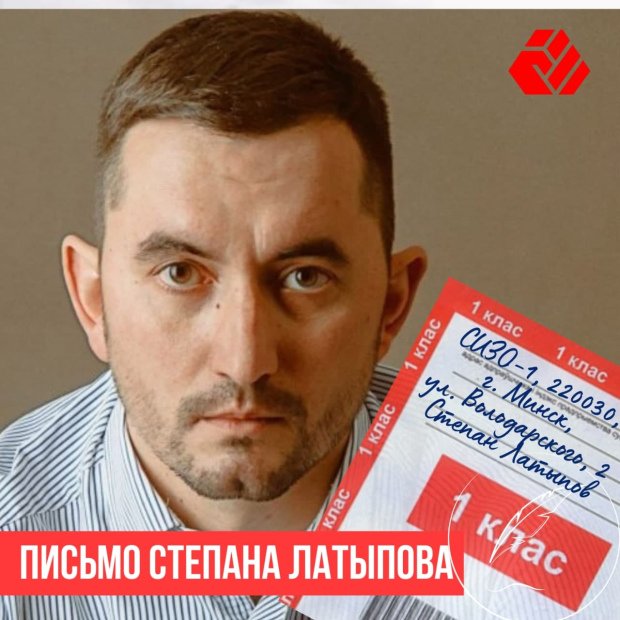