He died. This one will die too

On March 5, Joseph Dzhugashvili, also known as Stalin, died of a cerebral hemorrhage. From 1924 until he died in 1953, he was the leader of the USSR. Stalin organized massive political repression, dispossession of kulaks, famine, religious persecution, the deportation of peoples, concluded a pact with Hitler on the division of Europe, then, until 1942, he tried to solve problems at the front by shooting command personnel.

Even his funeral turned into a massacre - hundreds of people died in the stampede. His monuments stood on all squares, and cities were named after him during his lifetime.

How did it end?

The monuments were sent to be melted down, and the cities were renamed 3 years after the death of the Fuhrer. Another 35 years passed - and there was no country left of the Georgian maniac.

Some people still regard Stalin as their hero, the "father of nations," for factories built on the bones of peasants, the atomic bomb stolen from the United States, and the imaginary greatness of a country that lost tens of millions of people but owned half of the world. This is an analog of the "Stockholm syndrome," or "identification with the aggressor." These people are still among us.

The reason is that after the defeat in the Cold War, we did not carry out a process similar to the denazification in Germany. The traumas of millions of people whose loved ones were subjected to death or exile have not been addressed. Children of the executioners do not know about the "glorious" past of their ancestors or know but are indifferent or even proud of it.

Lukashenka came to power in our country on the wave of a "strong hand" request. After the collapse of the USSR and the deterioration of life, many Belarusians were demoralized. They needed simple answers.

Lukashenko diligently copied Stalin - he developed a father's image, a "dad" who knows better what his "children" need and wore a mustache. A military uniform almost equaled his idol in terms of his time in power. But the concept of "cups and cracklings" could not work forever. After meeting basic needs, people's needs changed, and the president of OMON could not give an adequate answer to them. A leader's request is still preserved, but, fortunately, among a small segment of society.

Lukashenko could only respond by force. He tries to be like his teacher even here. Thousands of people went through isolation wards - hundreds are still in prisons. There are victims. Europe has not known such a scale of repression since the 70s of the last century, since the collapse of the dictatorships in Greece and Portugal.

Lukashenko will also fall. Power cannot be held forever - especially power built on violence. Although he could still live, his idol died a natural death - the guards were afraid to react when they felt something was wrong. Lukashenka, probably, would also like to extend his rule for the duration of his life and die as president. But as the events of the last year have shown, Belarusians are against it. The dictator's time is running out. But how Lukashenko leaves the presidency is not so important.

It is important what remains after.

Only together, in solidarity, will we defeat the dictatorship. But after Lukashenko leaves, nothing will end. We have to work on building a new Belarus. And this work is already underway. To prevent a new dictator from coming to power, it is necessary to develop civil institutions, build horizontal ties in society, organize a system of checks and balances, and ensure the real independence of the branches of government from each other.

This will lead us to a prosperous society governed by law. Ultimately, it is beneficial to everyone - even those who like "strong hands."

Dictatorial power is ineffective both for the country and for individuals and even adherents of this power itself. Stalin's system devoured itself. Many executioners died during the Great Terror. Some were convicted after the personality cult was debunked, and only a few survived to old age and personal pensions.

Like Stalin's system, Lukashenko's system is already devouring itself, sparing neither the Yabatkis nor even the Fuehrer's sons. The executors of Lukashenko's will are already under threat of losing everything just because of an error in the documentation. Is it worth it? 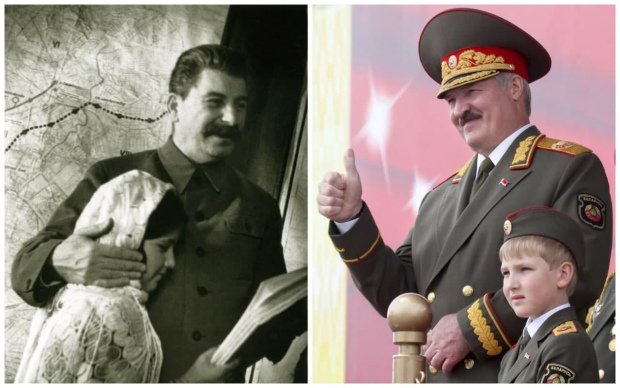