The verdict was announced to Maria Kolesnikova and Maxim Znak.

They were sentenced to 11 and 10 years in prison, respectively. This is another verdict to the Lukashenka regime and the finally degraded judicial system. The charges brought against Maria Kolesnikova and Maxim Znak are laughable. Any sane (independent) judge would return the case to the investigation at the consideration stage, and the investigators would be punished for their lack of professionalism and bias. But the judicial system of Belarus is not like that.

The verdict was announced today, but it was passed in advance in other offices. This is the personal revenge of the dictator, according to whom, in principle, a change of power cannot take place in Belarus. This means that any attempt to achieve the election of another president is tantamount to a crime.

Maria Kolesnikova became one of the symbols of the revolution. Together with Svetlana Tikhanovskaya and Veronika Tsepkalo, they personified a new and bright Belarus, which will definitely come. Maxim Znak is a brilliant professional, lawyer, teacher, a true patriot of his country. Today the best Belarusians are in jails all over the country. Those who can and want to change their lives for the better. Those who are at the forefront of the fight against evil.

We wrote a lot about the fact that political prisoners will not serve their sentences. The team of our Foundation still has no doubts about it. We believe that very soon, Maxim Znak, Maria Kolesnikova, hundreds of other political prisoners, and people who have not been officially recognized as such, together with millions of Belarusians, will be released from captivity of the dictator. The walls will collapse, and Belarus will be free!

As for the judge and the prosecutor, we know their names, but the present moment of glory has not yet come. Then, finally, they will be brought to justice with dozens of other such spineless and immoral creatures, will we will find out the explanations, see repentance, and hear requests for forgiveness and mercy. 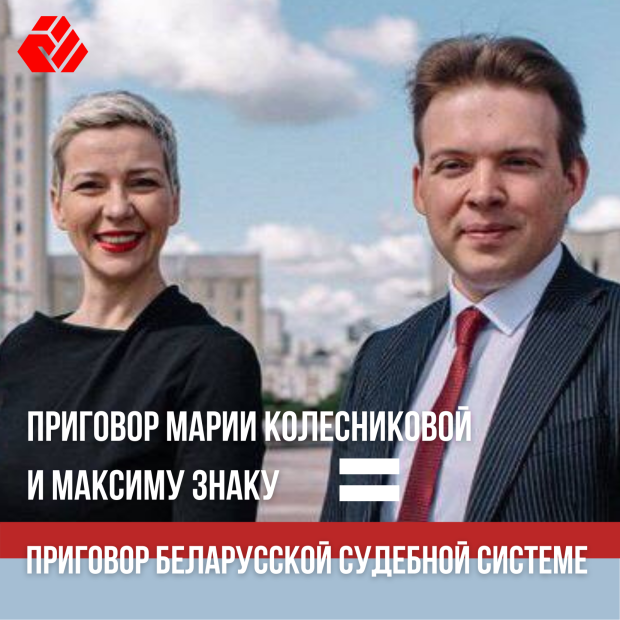