Volunteers of "A Country to Live in" foundation. What is known now

On July 9, our volunteers were detained - people who collected food and formed programs for political prisoners. Initially, the guys were placed in Akrestsin Street. After 72 hours, they were transferred to SIZO-1 in the city of Minsk.

On the tenth day (July 19), the detainees were to be released or charged. But, unfortunately, our heroes were not released. All of them are involved in the case under Article 361-2. We also know that there is another article under which the children face up to 12 years of age.

The lawyer is under a nondisclosure agreement, we do not have exact data on the charges. There is only confidence that our volunteers are the best people. We believe that very soon everything will fall into place.

What else is known at this point: We also know that there are a large number of people infected with coronavirus on Volodarsky - there are a lot of cases. In prison conditions, this disease is especially dangerous. Overcrowded cells serve to spread the disease, and political prisoners do not actually receive treatment. So people's lives are in danger.

We understand perfectly well that the regime does not care about this, but we want to appeal to specific performers - remember that you will be judged. They will find each of you. In the event of the death of any of the prisoners, do not expect mercy.

We ask you to support the Foundation's volunteers and all the prisoners with letters.
SHARE: 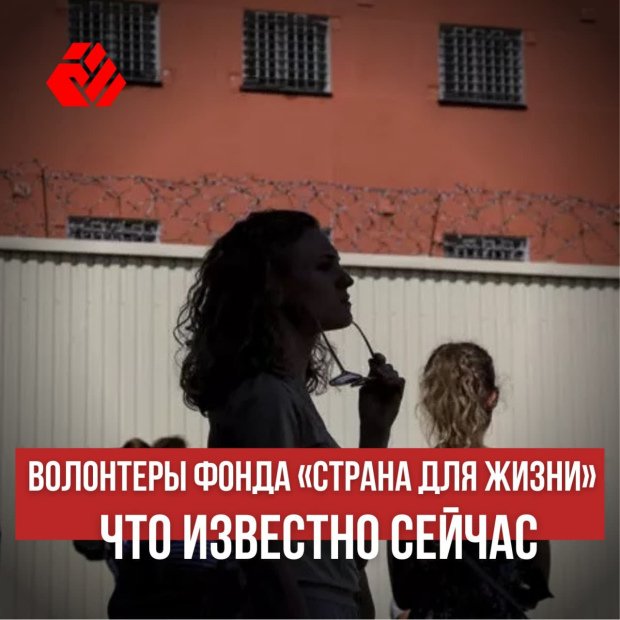