"There are good people in the world"

Roman Anatolyevich Bagnovets was detained in Pinsk as part of a criminal case of mass riots.

On April 30, the Moscow District Court of Brest issued a verdict in a criminal case under Part 2 of Art. 293 of the Criminal Code of the Republic of Belarus against 14 Pinsk political prisoners who were accused of participating in mass riots on August 9-10 in Pinsk. Roman Bagnovets was sentenced to 6 years in a maximum-security colony.

In conclusion, Roman wrote an inspiring poem with faith in Belarusians:

In nature, that gives rise to greed,
Lack of feelings and cynicism
There is decency, delicacy
Empathy and altruism.
Everyone has different happiness.
And a different route to happiness ...

Good - used often
Good - they usually lie ...
They are in pain.
But further stubbornly
They carry sparks of good.
And the world does not hold on to boors,
What time would not come.


Anything can happen and become
But still
I wish on the way
Good - stay like that
Others - to grow up to good.
What was, what is and what will be.
Let everyone be a jeweler.
As long as there are good people -
There is a right to keep this world!"

Friends, let's make sure that there are as many good people as possible, and let every good person write a letter to Roman and support him!

You can order programs for political prisoners HERE.
SHARE: 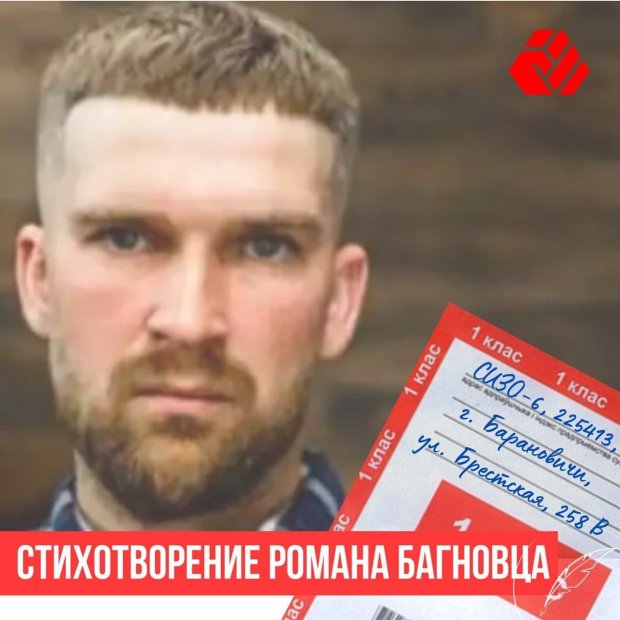