"A Country to Live in" foundation continues fundraising for political prisoners

Last week, volunteers of "A Country to Live in" foundation handed over parcels to pre-trial detention centers in several Belarusian cities. There, where there are political prisoners whom we have taken under our guardianship.

The parcels were send to the SIZO of:
Volunteers are in great need in Vitebsk. Email us on the chatbot if you can help. We will teach and tell everything.

The Foundation's volunteers broadcast programs for the heroes weekly. Our common duty is to show solidarity with the detained people, whose only fault lies in the desire for government change. Hundreds of thousands of Belarusians last year on the streets of cities declared their disagreement with the election results and the subsequent arbitrariness on the security apparatus.

Since then, nothing has ended, and nothing has changed, no matter how hard Lukashenko tries to assure the Belarusians of the opposite. He is still the president of the OMON, not the people.

Only together, in solidarity, can we overthrow the tyrant, stop repressions, and free political prisoners.

3 ways to help political prisoners:
Together we can do it! 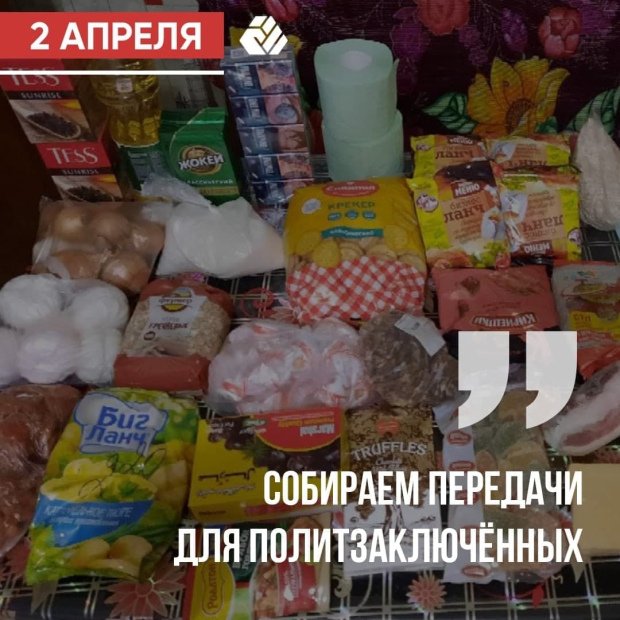