Maria Moroz, head of "A Country to Live in" foundation: "I am glad that Syarhei Tikhanovsky's case is alive."

Belsat.EU talked to Maria Moroz about the year without Siarhei Tikhanovsky, the prospects of the fund, and how not to burn out.

About the work of the fund

At the time of our move-in August, about ten thousand activists cooperated with "A Country to Live in" throughout Belarus. Miory, Postavy, Sharkaushchyna - people became more active almost everywhere Siarhei Tikhanouski visited.

But through violence and persecution, many people have stopped participating in the life of the foundation. Some have left, many are behind bars. Well, now we have about a thousand volunteers and activists. But this is an inaccurate figure.

The main part of our work is helping food to the families of political prisoners. We are also creating the newspaper "Realnye Novosti," in which we focus on the regions. News about real events in Belarus must be available even to a resident of the smallest village.

In April, we sent gears weighing a total of 2.5 tons. 77 volunteers worked at the same time. Collecting and sending a program for a prisoner is not a criminal case, so caring people who respond to our messages on social networks help collect everything you need. We have almost set up a network of volunteer drivers who will help relatives get to detention and hand over the transfer.

We also financially support the families of prisoners who have children: they receive 300 euros a month. A family without children receives the same amount, but only once. This is money from the fund's donations.

It is difficult to predict what our work will look like in a few months. The reality in which we exist does not fit in my head. We have already discussed with lawyers and attorneys the wording that appeared in the rulings and documents, saying that a volunteer who wears the transfer encourages the person to be imprisoned. This is absurd, and we understand that the Belarusian authorities will come up with anything to achieve the goal.

Of course, we want to talk to everyone, listen to everyone, help, and pick up a piece of pain. But after such conversations, it is almost impossible to get together. You need to be able to acknowledge this and seek help. The Fund has its own volunteer psychologist. A lot of specialized help comes from specialists from the Belarusian diasporas.

I myself, for a while, was the first contact for relatives. And honestly: at some point, it seemed like I was losing my mind. There are tough situations, and it is simply impossible to help every time. Need expert advice.

Unfortunately, relatives of political prisoners do not always agree to talk. Sometimes we meet not just with a refusal but with a barrier. The person is so tightly closed in on himself, and the experiences begin to affect health.

About the school of self-government

In 2020, Belarusians received a request to study and improve their knowledge of political life. And so that this passion does not disappear, we launched a school of local government and leadership. Now we plan to move to an online meeting format that may interest more people.

The task of the program is to provide tools and explain the basic concepts of self-government. What is a CTGS (Territorial Public Self-Government Committee), how to find out if it already exists in your area, what house is there, what documentation is required for entry, its chairman, and how to prepare for the re-election of the chairman.

We are also planning a program to raise political awareness. What are political parties that are in their function than center-right parties differ from center-left ones? During our work, we have repeatedly encountered the fact that people do not even understand the concept of a "parliamentary republic." Figuratively still somehow clear, but how does it work in life? And in the system of legal default? This is happening because our political institutions do not work.

To explain such things, we launched "the Knowledge for Life" channel. We need to use the fact that we live in a country where you can meet with representatives of local governments and use specific examples to show how self-government works. Sometimes even we were surprised when we realized that self-government really works! And for Belarus to change, people must be motivated.

About a year without Siarhei Tikhanovsky

I remember returning home on May 29, 2020, after a whole day in Komarovka, and my husband saying that Siarhei had been detained. I sat in the kitchen and cried. My world has turned upside down. It was clear: he is unlikely to be released. And how will we work? Sergei raised the whole of Belarus! Personally, I don’t have the energy charge from it.

If he comes out and decides that Belarus needs an "A Country to Live in" party, we will unite and connect. But a party without a leader and legal legislation is pointless. The foundation has a clear structure and specific cases. Perhaps what I am doing as a leader is not perfect, and Siarhei would obviously organize a stronger and more efficient process. But I do my best, and I am glad that the case of Siarhei Tikhanovsky is alive.

Of course, experience in business helps me in this. 17 people worked with me in Belarus. About the same number are now actively involved in the work of the foundation in Vilnius. We do not have a clear distribution of "boss-subordinate," our structure is horizontal, everyone has the right to vote, we consult and resolve issues together.

"A Country to Live in" is almost all those who collected signatures for Siarhei. People who "fit in" from the first day and did not give up even in exile. The first months were difficult. It is now us as a team supported by the institutional fund. Let me emphasize that we do not receive a penny from the donations we collect to support political prisoners, their families, and activists. Until May, we also supported two refugee shelters in Poland and Lithuania.

But activists in Bialystok have set up their own foundation, which will continue to support the shelter, and the Humanosh Foundation has opened a Peace House in Warsaw. If the situation in Belarus does not change, we will, unfortunately, be forced to work remotely. If it manages to return home, the foundation can support the regions and develop Siarhei's vision of developing local initiatives.

There are really a lot of "holes" in the regions. There are no good playgrounds or sports complexes in the towns. We want to teach people to ask for money to implement such projects, writing projects, and find some funding. For example, a yard wants to build a playground: writes a project, collects half the amount, and asks us for help with co-financing. If everyone gives at least a ruble to the common cause, both the place and the cause will be respected. 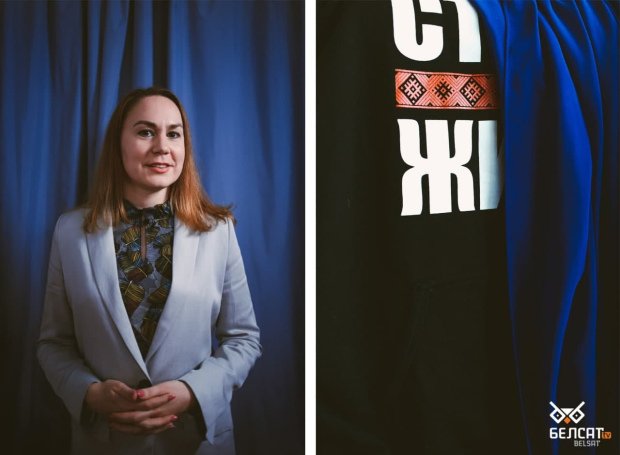