One of the directions of "A Country to Live in" foundation is to help those of our comrades-in-arms who, because of their civil position, were subjected to unfair trials, thrown behind bars in prisons and isolation wards. As of March 3, there are 262 political prisoners in Belarus.

We continue to show solidarity with the Belarusians - real heroes who were not afraid to speak out against the dictatorship and violence and are now imprisoned. Today our novice-volunteers from Stolbtsy and Dzerzhinsk handed over their first parcels to guys from Pinsk to the pre-trial detention center in Baranovichi.

Now we have 3 new wards and new volunteers in the team.

Our ward from Mogilev also received his portion of goodies.

In total, parcels were delivered to four political prisoners today. The total weight of the gears was 35 kilograms.

You guys are the best! Moving around the country to convey the message of attention and usefulness is worth a lot!

Let's help those who were with us on the streets of Belarusian cities. They went for a better and free Belarus, and now they are waiting in captivity for the victory. If we can't free them right now, let's brighten up the sad days of prison a little. Let them know that they have not been forgotten, that they are remembered and expected. 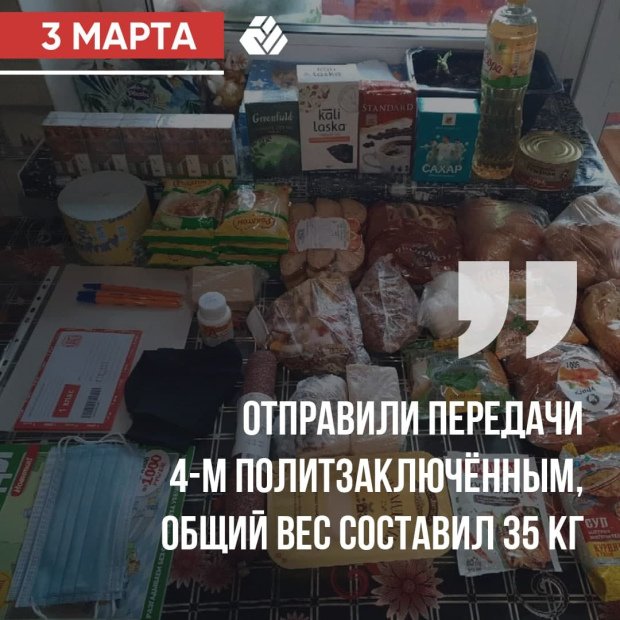