Svetlana Tikhanovskaya donated her part of the Jan Nowak-Jezeranski Prize to the families of political prisoners.

With this symbolic act, Svetlana, whose husband Sergey Tikhanovsky is also behind bars, wants to draw attention to the situation in Belarus and the plight of the families of political prisoners, who are often left without a single breadwinner.

Svetlana Tikhanovskaya donated the money she received in June as the Jan Nowak-Jezeranski Prize. Thus, Svetlana became the laureate of this Polish prize for her social and political activity and services to civil society.

The award named after the politician, political scientist, public figure journalist Jan Nowak-Jezeranjski was established in 2004 and is awarded annually to a person or institution that “thinks of the state as a common good.” It is a statuette by Professor Jacek Dworski, an honorary diploma, and a check for 10,000 euros.

This year the award was shared by three people. In addition to Svetlana Tikhanovskaya, these are Maria Kolesnikova and Olga Kovalkova. 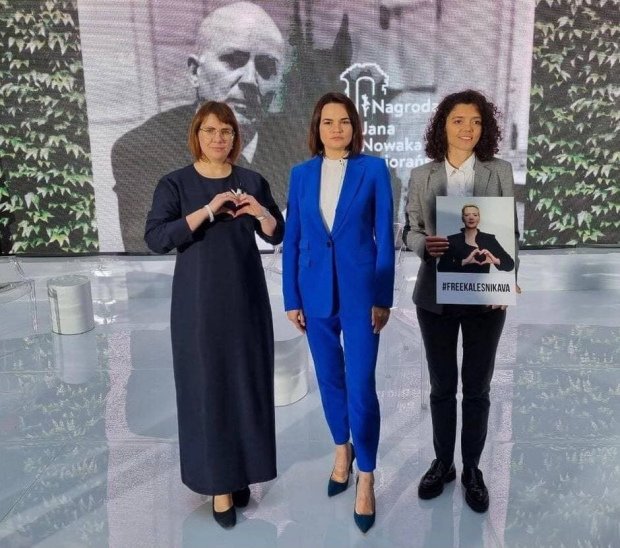