The Belarusians of Lithuania appealed to the mayor of Vilnius.

The Belarusians of Lithuania (both new relocators and old representatives of the diaspora) asked the mayor of Vilnius Remigijus Shimashius to name one of the streets of the capital of Lithuania in honor of Vitold Ashurok. We publish some excerpts from the letter.

“Vitold Ashurok was a Belarusian political prisoner whose family was also subjected to repression during the Soviet era. His grandfather was shot by the NKVD in Katyn.

On October 13, 2020, Vitold Ashurk turned 50. He celebrated his last birthday in prison, where he was sent for participating in peaceful protests in August and September last year. On January 18, in the Lida district court, Maxim Filatov sentenced Vitold Ashurok to five years in prison.

On May 21, it became known about the activist's death, but when exactly he died is still unclear - his relatives have not received his letters since April 25.


Vitold Ashurok's head was bandaged at the funeral so that only his mouth was visible, and his hands were swollen.

There is reason to believe that his death was violent. In addition, the pressure was exerted on the relatives of the deceased, which forced them to refuse to conduct an independent examination, which became known on the eve of the funeral on May 25.

Vitold Ashurok deserves to be immortalized in street names. Today, in Belarus under Alexander Lukashenko, this is impossible.

We hope for Lithuania, which is in solidarity with the people of Belarus, to support the memory of our common history and will show that it recognizes as heroes all those who were brutally killed by the Lukashenko regime. We hope that after the victory of the Belarusian people, Vitold Ashurok`s streets will appear in all cities of Belarus.

The appearance of the street named after Vitold Ashurok in Vilnius became a symbol and confirmation that sooner or later justice will prevail, democracy will be established in Belarus, all crimes will be investigated, and the perpetrators will be punished.


Vitold Ashurok`s Street in Vilnius inspires hope in Belarusians that sooner or later Belarus will become an independent state, as Kastus Kalinouski and Vitold Ashurok saw it.

Maria Moroz, "A Country to Live in" Charitable Foundation 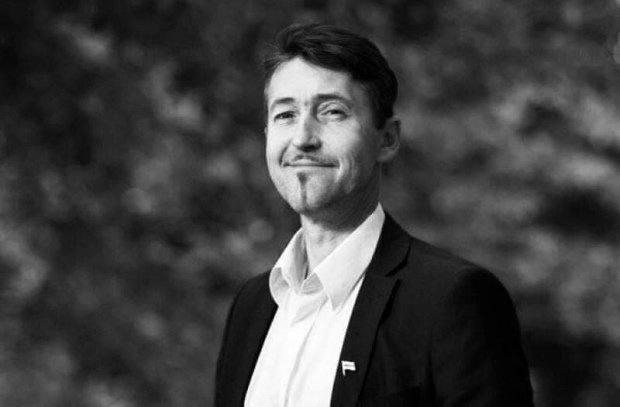