We express our solidarity with Maria Kolesnikova!

Maria Kolesnikova became widely known in 2020 when she headed Viktor Babariko in the presidential elections in Belarus. After Babariko was arrested and Svetlana Tikhanovskaya was registered as a candidate, Kolesnikova and Veronika Tsepkalo became one of the protest's symbols.

For more than six months, Maria Kolesnikova has been in prison. She was abducted on September 7 in Minsk.  Government representatives tried to expel Maria from the country forcibly, but the fearless Belarusian tore her passport at the border.

Recently, the term of Maria Kolesnikova's detention in custody was extended for another two months - until May 8. Due to her participation in the Coordination Council, she faces up to 12 years in prison.

Recognized as a political prisoner, Maria Kolesnikova shows all of us an example of a selfless struggle against an unfair and cruel system of suppression, a struggle for the right to be heard.

Today we, the girls of "A Country to Live in" foundation, express our support to Maria Kolesnikova and all political prisoners. We demand their immediate release and continue to fight for our rights, freedom, and right to live in our native Belarus.

Winter cannot last forever, no matter how freezing the mustachioed bald Zyuzya. Spring will definitely come, and all Belarusians will be free! And peace and legality will triumph in our land, ceasing to be abstract concepts. 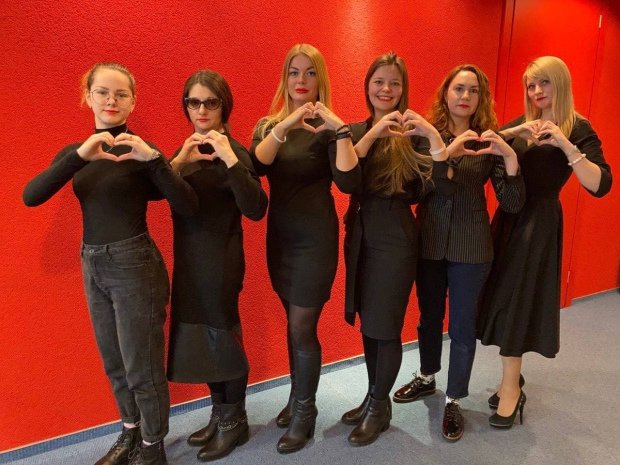