Today is the birthday of the people`s elected leader of Belarus, Svetlana Tikhanovskaya, who has become a symbol of the Revolution in 2020. Last year, she began each of her speeches with the words: "I am not a politician!" She had to become one.

She has traveled to dozens of countries, met thousands of people - including the most influential politicians on the planet. Svetlana Tikhanovskaya represented Belarus at these meetings - a new Country to Live in that will replace the dictatorial regime.

She showed extraordinary courage. As in the summer of 2020, when it did not break down under the regime's pressure, so today, when it continues to fight for the release of her husband, Sergey Tikhanovsky, and all political prisoners. It remains a symbol of the inevitability of change and hope for a better life for Belarusians.

On this day, Svetlana Tikhanovskaya will receive thousands of congratulations. But the most expensive gifts will be hugs of children and a letter from her husband, who is still not around.

"A Country to Live in" foundation team wishes you strength and health, Svetlana Georgievna, and a speedy return home - to a new and free Belarus.
SHARE: 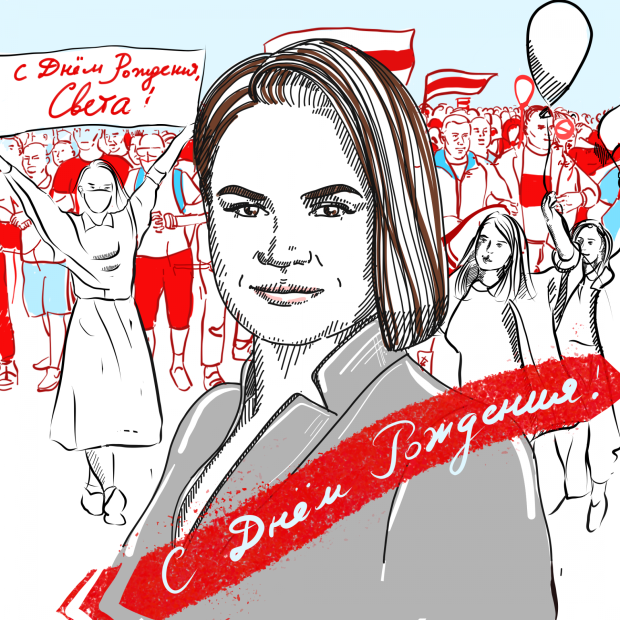